Walk round the end of the world during Estuary 2021 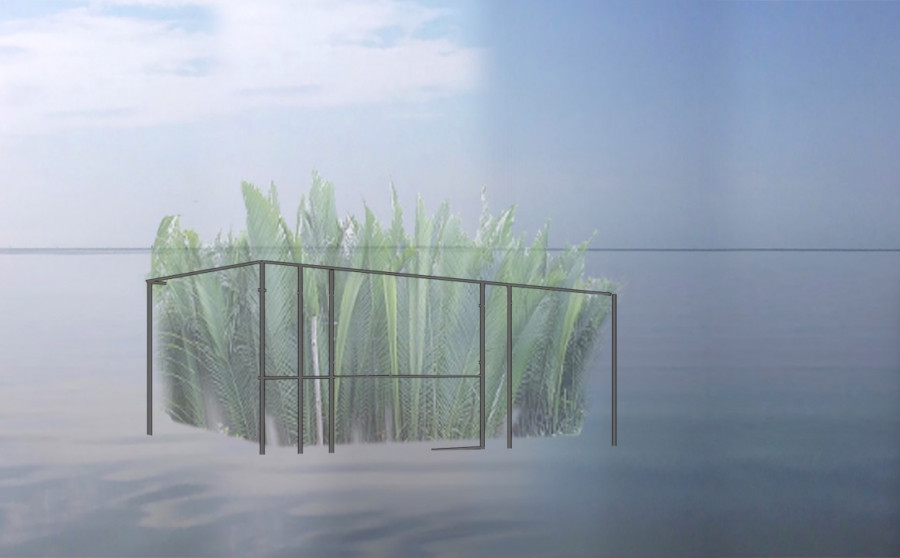 - Tom King, Thames Estuary Trail: A Walk round the End of the World

Starting on 22 May, we’d like to invite you to take an epic walk along the stunning coastline of South Essex and North Kent encountering contemporary artworks and performance within the estuary landscape, historic sites and coastal towns.

The estuary coastline as a continuous walk was originally described by writer and avid walker, Tom King, in his book Thames Estuary Trail: A Walk round the End of the World (2001, Desert Island Press) which celebrates its 20th anniversary this year. A search for unexplored, un-walked landscapes around the world, brought him right back to his doorstep in Essex, where he realised one of the greatest unwritten walks was right under his nose. A second edition of the book with a new introduction and extended chapters will be launched on Sunday 30 May from the iconic Southend Pier, with readings and an accompanied walk led by Tom.

Visual artist Maria Amidu will design a series of eight Watermarks, artworks to be placed in the landscape which physically mark the Thames Estuary Trail. Supported by the Thames Estuary Growth Board, these plaques will be hosted by small businesses and visitor centres along the route. An accompanying illustrated map by Adam Dant will highlight all the reasons why setting out for a walk along the Thames Estuary promises great adventure. Conceived as an affordable ‘multiple’ artwork, it depicts the landmarks, great beauty spots, historic pubs, friendly restaurants, welcoming cafes and all of the stories to be discovered, along the route.

Inspired by King’s book and responding to the pandemic, we will place over 50 artworks along this 107-mile long walk, inviting audiences to explore new perspectives on well-known estuary landmarks and some of the lesser known estuary environments.

The commissioned artworks and events feature:

An online programme of discussion and events, brings together artists, scientists and activists from the estuary and beyond to audiences from around the world. This begins with our opening weekend which will feature discussion, film and artworks curated by four practitioners who live in the Thames Estuary region: Jas Dhillon, Elsa James, James Marriott and Lu Williams. A series of publications will reveal hidden architectural gems, celebrate the great literary heritage of the river, inspire new literary responses and provide maps and guides to walking the estuary. These include Caroline Bird and Selina Nwulu’s The Water Replies: Notes on teaching contemporary poetry, a new artists’ publication by Webb-Ellis exchanging letters by post around the themes of language, the body, our present moment and possible futures - from a posthuman and deep time perspective; and new writing by Amina Atiq, Season Butler, Alison Moore and Martha Pailing responding to the historic site of Sutton Manor. Our website will host new artworks connected to the wider programme, including a film programme specially curated by Gareth Evans, and a series of artists’ podcasts released throughout the festival.