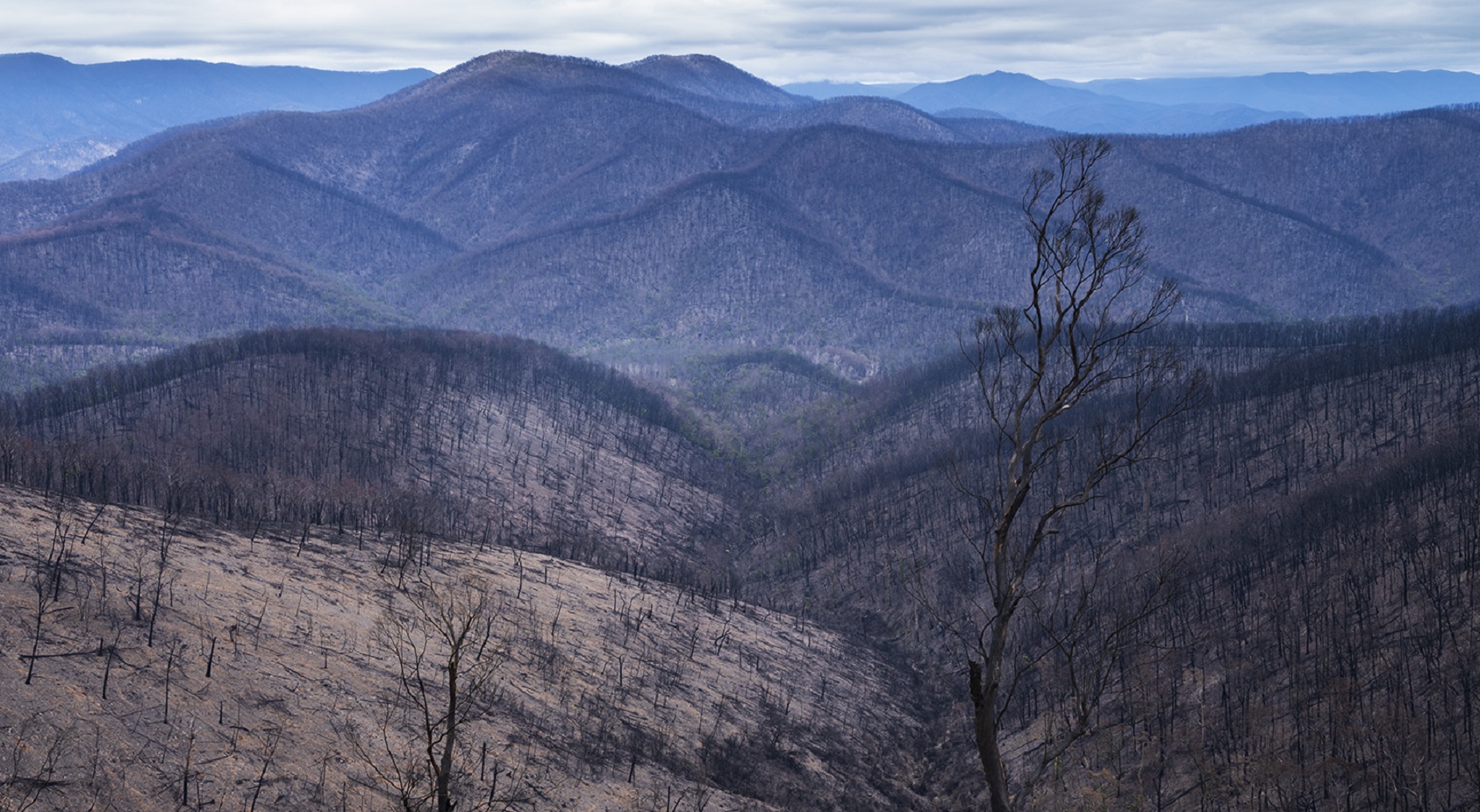 Gideon Mendel:  A Song for the Forest

Marco Frith, a musician, artist and eco-activist, lost his home to the unprecedented fires that devastated huge parts of Australia last year. Here, framed by the post-apocalyptic landscape of the devastated Wadbilliga National Park, he performs his lament for the burnt forest.

In early 2020, as part of Gideon Mendel’s work on our global climate emergency, he travelled to Australia to explore the aftermath of the fires that had destroyed close to 3,000 homes, killed 34 people and burnt more than 46 million acres of land. He chose not to document the burning flames, but rather to seek out their aftermath. He filmed scorched landscapes and made a set of portraits of people whose lives had been devastated by the fire they described as a ‘a land eating monster’.

Marco Frith is one the remarkable individuals he photographed in the Bega Valley, a part of New South Wales that had endured a ‘mega blaze’ in the days around New Years Eve 2019. A monumental firestorm destroyed hundreds of homes in a single day along with huge parts of the Wadbilliga National Park. The intensity and size of this bush fire let to the creation of its own weather system, which, trapping heat and generating strong wind and lightning strikes became an unstoppable firestorm.

The fire was hot enough to melt glass and powerful enough to throw cars up to half a mile. Because of its scale and extreme temperatures massive damage was done to the deep root structure of the forest so it may not rejuvenate in the way that forests usually do in Australia, with many of the trees likely to die.

Marco has lived in this location for decades and has long been active in local campaigns combatting logging companies, fighting for the preservation of the older indigenous trees.  After Gideon had spent a day with him, witnessing the destruction to his home, Marco invited him to film his ‘Song For The Forest’.

He chose a location of great significance, an indigenous Yuin sacred site. His performance felt poised, like a dream, looking out over the panorama of a monumentally blackened forest.  With an eerily precise symmetry evident within the chaos of this devastated landscape we get a visceral sense of the impacts of climate change on human lives and places of such profound beauty.

Above on this page  - The devastated Wadbilliga National Park. New South Wales, 2020. Photograph by Gideon Mendel

This film will be presented online 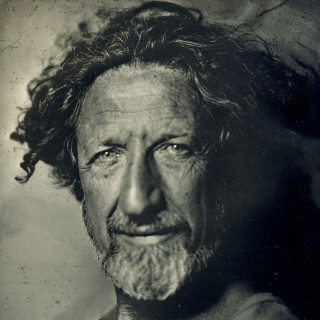