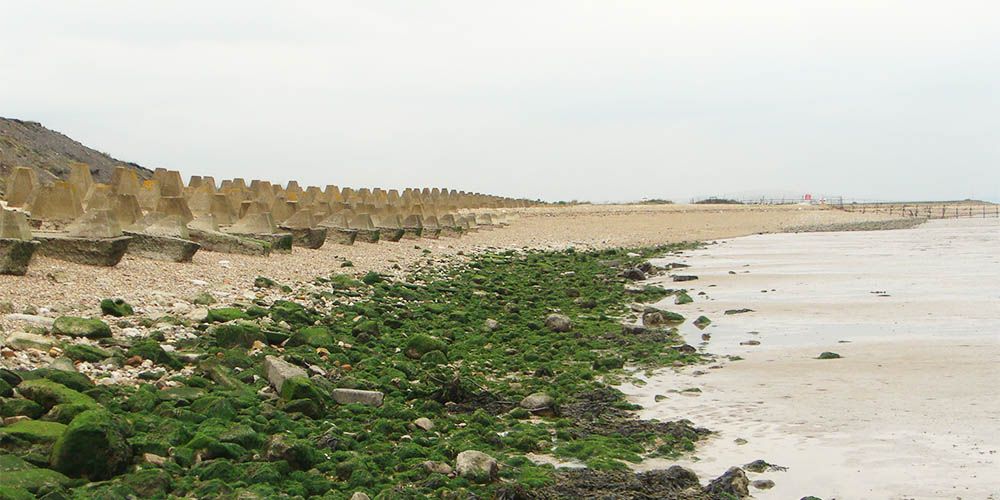 Following on from a performance and artist talk presented by South East London-based imprint IMPEKA as part of the Whitstable Biennale Satellite Programme in 2018, Confluence #2: Estuary aims to both investigate and challenge our perception and understanding of space, place and environment through the means of listening – as well as pose the question whether, after extended periods of time in confinement as a result of Covid-19 lockdowns and restrictions, we now hear and perceive our aural (and, as a result, perhaps also view our visual) environments in a different manner – and does this in turn inform our experiences and interactions with the natural world, as well as with one another?

The ever-shifting lands around the wider Estuary region provide the backdrop to these queries and investigations, and the four artists – all living in, or having very close ties to, the wider Estuary region – have for several years made, and are continuing to make, regular trips along the South Essex and North Kent coastlines independently of each other to collect sounds and sights. This fieldwork is, through on-going conversations between the artists, continuously developing into a series of soundscape compositions that will be presented as a series of four hour-long online broadcasts on a regular basis throughout the duration of the Estuary Festival 2021, in the hopes of encouraging and engaging the audience (both local communities and curious visitors) to actively listen to their environment – and perhaps then also re-evaluate it.

Broadcasts will take place once per weekend during the Estuary Festival 2021. Dates, times and links will be made available HERE and HERE in due course. A selection of these broadcasts will be released by IMPEKA in the cassette format – including digital downloads – later in the year, along with a booklet of essays and photographs by the artists.

NB. An actual live performance may take place at some point during the Estuary Festival, details TBC.

About the artists
PETER COYTE is a Whitstable-based composer and sound artist producing work for performance, film and installations. He is a member of improvising ensemble Automatic Writing Circle with Thomas Gardner, and regularly collaborates with writer / poet Salena Godden (as “Saltpeter”), choreographer Dora Frankel, and circus professor John Paul Zaccarini. Sound installations and performances have taken place at the Whitstable Biennale Satellite, Whitstable, UK; Parasol Unit, London, UK; The Swiss Church, London, UK; The Sibelius Centre, Helsinki, FI; and Alte Schmiede Kunstverein, Vienna, AT. His extensive list of credits for compositional work in film and theatre include Emmy award winning documentary film-maker Francois Verster’s “The Dream of Shahrazad”; Joanna Callaghan’s exploration of Jacques Derrida’s “The Post Card”in “Love in The Post”, as well as “Educating Rita”, “Juno and the Paycock”, “Twelfth Night” and “The Misanthrope”, all directed by Gemma Bodinetz at Liverpool Everyman & Playhouse, Liverpool, UK.

THOMAS GARDNER is a cellist and sound artist based in Brighton. His current work considers the ways in which the post-war ruptures of art-music, as exemplified by the Darmstadt school, are met by an increasingly political understanding of sound art. Pieces consist of group- and individual performances which cross between music, field recording and speech. His research has been developed through a variety of publications, most recently the book “Colloquium: Sound Art – Music“, co-edited with Professor Salomé Voegelin and published by Zero Books, and the recent conference “Audio Testimonies”. He is a member of CRiSAP (Creative Research in Sound Arts Practice) and is the course director of the MA in Sound Arts at the London College of Communication.

JONAS GUSTAFSSON is a Swedish-born percussionist and sound artist currently based in South East London. His main interests lie in the fields of phonography and the physicality of the act of listening, and how this experience can alter our sense and perception of place and environment. He is also continuously exploring and performing improvised music using a combination of acoustic instruments, electronics and found objects. Past residencies, installations and performances have been presented and performed on BBC Radio 3's “Late Junction”, Resonance.FM, Framework Radio, as well as at the Barbican Centre, SoundFjord and Café OTO, London, UK, and HUT, Vienna, AT.

IMPEKA is a small imprint dedicated to presenting experimental auditory works with a particular focus on field-recordings, electro-acoustics, and improvised music, existing as a platform for sonic experimentation and collaboration.