For The First Baby Born in Space

For The First Baby Born in Space

When more and more people feel an urge to turn the clock back to the past, the future gets less and less of a look-in. The last few years have been dominated by a mood of nostalgia, of reaction, of retrenchment, of reversion to old-fashioned values and previously existing certainties, in which the wishes of the young are conspicuously absent. Not yet of voting age, or deemed to be in a minority whenever they voice their opinion, the youth of Britain have had little or no say in many of the tumultuous political events that have unfolded around them, or in the nature of the world they will inherit, where escalating temperatures and rising tides will inevitably leave an indelible mark upon the planet.

Artist duo Webb-Ellis have regularly involved young people in their projects, as willing participants and active collaborators, and the two-screen For The First Baby Born in Space is no exception. A message in a bottle floated out into the wide blue yonder, a diary entry posted to a future iteration of ourselves, it is both an apology for the sins of the forebears and an effort to reach out to make things right.

Filmed during the extraordinary long, hot summer of 2018, the piece features a number of teenagers from the artists’ home base of North Yorkshire and elsewhere. Talking to them about their hopes and aspirations and listening to them about their fears, it records how their coming of age coincides with a time when so much else is in flux. Little wonder, then, as their hormones play havoc with their emotions, and personal tribulations leave them all at sea, that so many of the protagonists seek to orient themselves: desperate to latch onto something, whether it be the arm of the person next to them, or the light of the Pole Star at night.

Their future is out there – but their future is murky, and dark. Little wonder, too, that they often desire to get ever further out there; like so many teenagers before them, craving heightened, intoxicated, out-of-body experiences, where they are either totally in the moment, or totally ‘gone’. On the outside, on the fringes, these young people are also a bellwether of Britain at large – their confusion a mirror of the turmoil of a country that, like them, faces an uncertain future and is on the brink of what may well be profoundly unsettling change.

Originally commissioned by Jerwood Arts and Film and Video Umbrella for Jerwood/FVU Awards, For The First Baby Born in Space is being shown online for Estuary 2021. 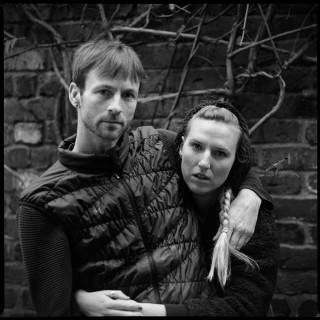 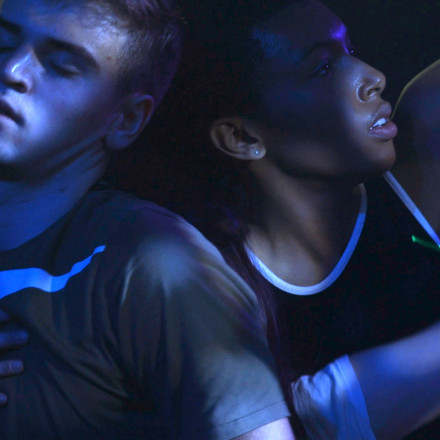 In the spirit of mail art, Webb-Ellis will exchange letters via post with 5 people around the themes of language, the body, our present moment and possible futures - from a posthuman and deep time perspective.