In an investigation into the nature of public space and our access to it, Gareth leads a conversation with filmmaker Andrea Luka Zimmerman and musician William Fontaine, the main protagonist in her new work to be premiered at Estuary 2021 Shelter in Place.


Shelter in Place
Performance artist and musician William Fontaine (aka Phlocus) found himself without a place at the beginning of the first Covid 19 lockdown. A public park became his shelter. Over the weeks, he and Andrea both practiced martial arts and Andrea noticed a community slowly forming around him. The work is a portrait of his being in the park, of the park itself, and of those who gathered. Sound and image are out of synch, just as so much of the world was – and is.  It is not a documentary of that time, but a document, a witness statement, a poetics of singular presence.

Phlocus, aka William Fontaine, is a necromancer of content, soundscapes & performance art; a NYC born artist, based in London, whose disciplines include music, sculpture, writing and combat arts, using cultural, historical and societal information to produce time-based performance art. Nomadic at its core, the art must be “experienced to be translated and manifest”.

Shelter in Place will be shown as a three screen installation in the public Chalkwell Park in Southend-on-Sea.

“I am drawn in my making to lives lived at the edges, even if - and perhaps especially when - those lives are first glimpsed at the 'centre' of things, often in the public eye, visible but not seen. This work can only exist because we have public parks (and this especially tolerant park in particular). I met William, who was in the park, because he had to be, and also because he could be. Therefore, this is a work made from a necessity, and the meeting in and of a particular place and time. It is a work that becomes about possibility. It believes in how public spaces are the common good of and for all. But it also explores how a falling out of the structures that exist - often ramshackle and excluding - makes another form of survival necessary.

William does not fit comfortably into the expectations we have of someone who is without shelter. He struck me as both being entirely here and also elsewhere, in that he was 'out of time' - not at the end of things but freed from them. Together we started thinking of how, when we talk about care, we as a society might include those who have no recourse to public funds, including those who are undocumented or have no bank account. How to account for the uncounted? We also thought about journeys in life, how to live and grow and avoid being dependent on the recognition of others, while often needing it for food or protection.

We spoke of how proper shelter is about far more than just a structure, about how a space - an actual place, even one without walls - can seed and grow a community, and how rules can unmake such an assembly. We were listening for something, another way of telling - more contemplative and attentive - an allowance just to be, as we are, with each other. How not to be in the present, tense, but simply present.” 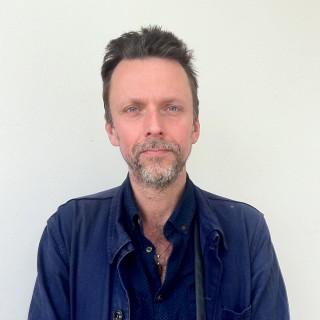