Focal Point Gallery and Metal are delighted to announce a public art commission by US artist Mary Mattingly as part of Estuary 2021. Vanishing Point, an ambitious two-part installation, comprising of a learning centre located on Southend Pier, and a floating sculpture moored in nearby waters considers how the plant life of the Thames Estuary has evolved and responded to a changing climate over millions of years, and how this knowledge might be used as a prediction for a nearing future.

While the earth currently supports approximately 415 parts of CO2 per million (the highest level recorded in human history), climate models predict that the concentration of CO2 in the Earth’s atmosphere will reach one thousand parts per million before the end of this century if industrialised nations don’t reduce greenhouse gas emissions. One thousand parts per million would match the level of CO2 found in geologic records during the early Eocene in the Cenozoic Era, around 50 million years ago.

Vanishing Point revisits Southend’s plant life during this period; a learning centre on the Pier presents a place where visitors can discover more of the Estuary's flora through time, as filled with plants that inhabited during the Eocene, as well as those still present today. Viewable from the Pier and Southend shore, a mysterious new inhabitant emerges from the Estuary mud, rising and falling with the tides. A sculpture depicting the Nipa palm, a plant familiar to these waters from the Eocene era retakes its place, supported by scaffolding as if being regrown to support the future of the Southend.

Today, we can witness slow geologic time because the speed of change has increased so much that it can be recognised during a human's lifetime. By studying the fossil records of plants that faced major climate changes in the past, we can help interpret similar processes occurring today, as our community imagines the regenerative fauna for tomorrow.


Vanishing Point is commissioned as part of Estuary 2021 through a partnership between Focal Point Gallery and Metal, with additional funding from Essex 2020 and The National Lottery Community Fund, and supported by local organisations The Old Waterworks and Grrrl Zine Fair.

We have commissioned Grrrl Zine Fair to produce a zine to document the making of Vanishing Point, which through a series of artist workshops led by Lu Williams and Mary Mattingly, will include input from the Southend Community on the relevance of the project, and what residents imagine for Southend regarding the precarity of Southend being in the top 10% of places in the UK that will disappear as the sea levels rise.

Join Mary Mattingly online, with an opportunity to listen to her discuss her artistic practice and journey to producing Vanishing Point.

Mary Mattingly is a visual artist. She founded Swale, an edible landscape on a barge in New York City to circumvent public land laws that make it illegal to pick food on public land. Swale co-created the “foodway”, a permanent edible landscape in Concrete Plant Park, the Bronx in 2017. The “foodway” is the first time New York City Parks is allowing people to publicly forage in over 100 years. Mary is currently the Artist-in-Residence at the Brooklyn Public Library building an ‘Ecotopian Library’. She recently completed a sculpture Pull with the International Havana Biennial with the Museo Nacional de Bellas Artes de la Habana and the Bronx Museum of the Arts, currently at the Museum of Contemporary Art Belgrade.

In 2018 she worked with BRIC Arts to build What Happens After which involved dismantling a military vehicle and deconstructing its mineral supply chain, focusing on the mineral cobalt. Mary led a similar project at the Museum of Modern Art. Her work has also been exhibited at Storm King, the International Center of Photography, the Brooklyn Museum, and the Palais de Tokyo. It has been included in books such as Whitechapel MIT Press Documents of Contemporary Art series titled Nature, and Henry Sayre’s A World of Art, published by Pearson Education Inc.

Route from railway station and onto the Pier, fully accessible using available lifts. 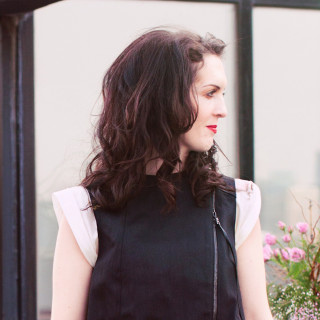 Mary Mattingly founded Swale, an edible landscape on a barge in New York City to circumvent public land laws that make it illegal to pick food on public land.