Crude Britannia - The Estuary and the Legacies of Oil

To take part in this event, please follow this link to our LIVE page.  The event will start automatically at the scheduled time.

The Thames Estuary was one of the great engines of Britain’s oil economy, with three refineries, several gas plants and multiple depots. The refineries have now closed, but oil still fuels our cars, and gas heats our homes. Where did this geology come from? What was the Estuary’s role in the UK’s fossil fuel empire? What were, and are, the impacts of the extraction of resources? And what of the thousands of men and women who worked in the refineries of Essex and Kent? What of the culture they built?

Launching the book Crude Britannia – How Oil Shaped a Nation (Pluto Books, May 2021) this event explores this complex history and present.

Our panel of speakers:-

Lazarus Tamana:  (pictured above) Head of the Movement for the Survival of the Ogoni People, based in the oil-producing region of Nigeria

Dr. Vandana Shiva
Dr. Vandana Shiva is trained as a Physicist and did her Ph.D. on the subject “Hidden Variables and Non-locality in Quantum Theory” from the University of Western Ontario in Canada. She later shifted to inter-disciplinary research in science, technology and environmental policy, which she carried out at the Indian Institute of Science and the Indian Institute of Management in Bangalore, India. In 1982, she founded an independent institute, the Research Foundation for Science, Technology and Ecology in Dehra Dun dedicated to high quality and independent research to address the most significant ecological and social issues of our times, in close partnership with local communities and social movements. In 1991, she founded Navdanya, a national movement to protect the diversity and integrity of living resources, especially native seed, the promotion of organic farming and fair trade. For the last two decades Navdanya has worked with local communities and organizations serving more than 5,00,000 men and women farmers. Navdanya’s efforts have resulted in conservation of more than 3000 rice varieties from all over the country and have established 60 seed banks in 16 states across the country.

Peter May
Whilst Peter left school with no qualifications, he was offered a job in 1974 when he was 16 years old, working for Balford Betty who were one of many contractors building the Occidental Refinery on Canvey Island in Essex. The refinery never completed construction, as planning permission was refused, which led to the site being shut down. Following closure of the site, Peter was offered a job working for a company called East London Contracts as labourer, who mainly employed people from Canvey Island. The role was at the Occidental Refinery managing the site. Through connections whilst working at the Occidental Refinery, Peter was offered a job working for Pullman Kellogg’s who were building a new cracking complex at the Coryton Oil Refinery, owned by Mobil Oil, in Essex which was situated on the Thames Estuary.

In Peter’s early 20’s, he was offered a role by Mobil Oil as a storeman at the refinery which involved handling refinery parts and equipment used on the site. Peter held various roles at Mobil Oil, but following the joint venture in 1996 between Mobil Oil and BP, Peter applied for a role as a jetty operator which involved connecting the loading arms to the ships to be able to load and unload the cargo between the ship and landside tanks. During Peter’s time as a jetty operator, Peter’s boss showed him how to safely undertake the loading and unloading of the ships and completion of all paperwork which included safety documentation and cargo bill of ladings. One day Peter’s boss called him into his office and said to him “You are not here on Monday”, Peter asked him why? (He thought he had done something wrong and was going to get the sack). His reply was that you are going to Edinburgh to undertake an Advanced Marine Engineering course which he successfully passed. Upon Peter’s return to the refinery, Peter was promoted to Marine Controller and when he was on shift, he was responsible for all ship movements, berthing, discharge and completion of the relevant paperwork. This also included liaising with the Port of London Authority river pilots, ships captains, lighterman, shipping agents and BP’s trading division.

Lazarus Tamana
Lazarus Tamana was born on the 6th of April 1957. He is a native of Bodo City, in Gokana Local Government Area of Ogoniland, Rivers State, Nigeria. He attended St Pius X College, Bodo city, Rivers State and proceeded to Servo Mihaj Institute of Science and Technology, Voivodina, Republic of Serbia, where he obtained HND qualification in Marine science. Mr. Tamana studied at the University of East London, UK, where he obtained a post graduate diploma in Management Studies and a Masters in Business Administration (MBA) degree in Corporate Finance and Administration.

He has participated in numerous training programmes in Europe for nonviolent and peaceful struggles and also for the protection of Indigenous peoples of the world. He was the President of the Movement for the Survival of The Ogoni People (MOSOP) UK from 1994 to 2009, and led a successful Ogoni and Nigerian campaign in the UK against the Military rule in Nigeria in the 1990s. He co-ordinated indigenous communities in Africa and South America for the formation of “Oil Watch” (an organization formed to protect the environment of Indigenous peoples from pollution from oil prospecting companies) in Quito, Ecuador, in 1996. Mr. Tamana played a strategic role in the case of Indigenous Bodo people, who successfully sued Shell in the London court in 2014 for oil spills which occurred in Ogoniland in 2008. He has attended many strategic meetings of Unrepresented Nations and Peoples Organization (UNPO), at the Hague, where the welfare of Indigenous peoples is always top of the agenda.
He was part of a European observer mission to Nigeria for the 2003 Nigerian general elections. As the European co-ordinator of the Movement for the Survival of the Ogoni People (MOSOP) from 1997 to 2019, Mr. Tamana worked closely over the years with MOSOP campaign partners in the UK and Europe.

Mr. Tamana has served on numerous boards, both in the UK and in Nigeria, including: Unrepresented Nations and Peoples Organizations Foundation (UNPOF), the Ogoni Foundation and McCallister Energy Ltd. Amongst his numerous academic and public engagements at home and abroad, Mr. Tamana has delivered lectures and given speeches in many UK universities and colleges, also at United Nations conferences in Geneva, London, Germany, Holland, Belgium and Luxembourg: other countries include South Africa, Uganda, Mexico, Ecuador and USA.

Mr. Tamana is an international activist, a defender of human rights, environmental and Indigenous issues. He is currently the President of the Movement for the Survival of the Ogoni People (MOSOP) Nigeria.


Terry MacAlister
Terry is a journalist, writer and campaigner. He is the co-author of Crude Britannia: how oil shaped a nation published by Pluto Press on May 20, 2021. He is the former Energy Editor of The Guardian and a senior member of Wolfson College, Cambridge. 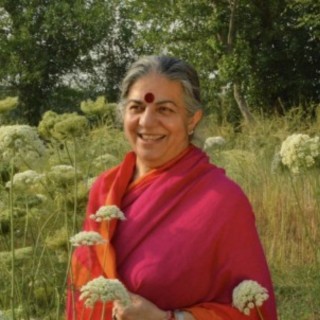 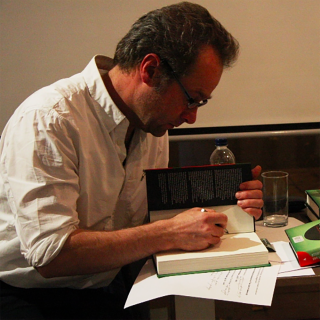 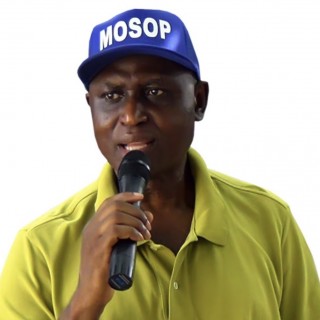 Lazarus Tamana is an international activist, a defender of human rights, environmental and Indigenous issuses. He is currently the President of the Movement for the Survival of the Ogoni People (MOSOP) Nigeria 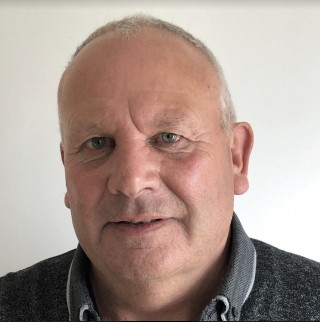 Peter May has spent his life working on the Thames Estuary, starting out as a laborer at the Occidental Refinery on Canvey Island and rising to Marine Controller, responsible for the safe movements of ships, berthing, discharge and liaising with the Port of London Authority river pilots, ships captains, lighterman, shipping agents and BP’s trading division.