Lesnes Abbey Wood and the Abbey itself were key sites in the 1381 Great Rebellion, that started in Essex close by to another of our Estuary 2021 sites, Wat Tyler Country Park.  A key mustering point for rebels gathering from Kent, these two ancient landscapes of the estuary played central roles in this first known, organised mass protest in the UK.

On an initial research and site visit to  the woods, artist Jonathan Wright was struck by a particularly beautiful tree stump, a very tall remaining trunk of an Oak. Its central location in a clearing where numerous pathways converge made it a perfect spot for an artwork to act as a conceptual way marker - pointing to events from the past, present, and future that related to this historic site. It will rotate like a weather vane to connect people with the river, history, people, and ideas.

During the summer of 2020, Jonathan led socially-distanced conversations on site at the woods with nearby communities and visitors to the site to find out who, what and why people would like to have represented as part of the work.

To explain the individual significance of each element they are listed here:

The objects:
The figure of the Monk is a direct reference to those who founded and worked at the Abbey at Lesnes draining the land and creating the landscape of the abbey grounds.
The Seal shows that there is a healthy and diverse wildlife thriving in the estuary adjacent to the woods.
The Cog refers to the powerful industry that spread into the Estuary as London expanded, particularly the pumping station at Crossness.
The Pike is taken from the crest for Lesnes Abbey.
The Shark's Tooth- These are taken in large amounts from the fossil pits in the woods… something quite unique to Lesnes
The Heart of Roseia de Dover still lies at the Abbey. She grew up at the Abbey and wished to return after her death. She also warranted a text!
The Rowing Boat is a reference to the importance of water transport throughout the history of Lesnes and the Estuary.

The Texts:
The woods are bursting with wild mushrooms, a sign that they are free from pollution. Boletus Edulis is know is the most delicious of all edible mushrooms.
The students at Peareswood school felt that the wood united generation after generation in their appreciation of its beauty and wanted the word ‘Family’ to celebrate this.
Kate Bush attended Abbey Wood School and it is said she enjoyed walking in the woods, perhaps inspiring the space and reflection needed to compose her song, ‘Wuthering Heights’.
The numbers- TQ4790078813 are a map reference for the exact spot where the sculpture stands.
Belvedere is an area adjacent to the woods and is home to many people who frequent its environs.

The work has been commissioned thorugh a partnership of Estuary 2021, Metal and London Borough of Bexley and funded through the kind support of the National Lottery Heritage Fund. 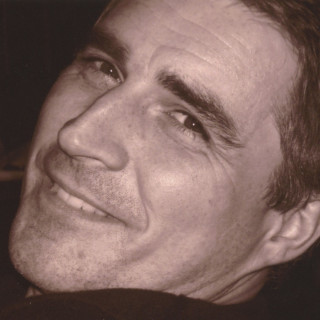 Jonathan Wright makes sculpture, installations and drawings, he observes and subverts functional structures that support and service our everyday lives.