Here, some of them have created a series of individual responses to The Return of the Fleet Spring Heads’ themes (of place, community, identity, belonging, history, myth, magic, ritual, the body, consciousness, transformation, healing and regeneration). 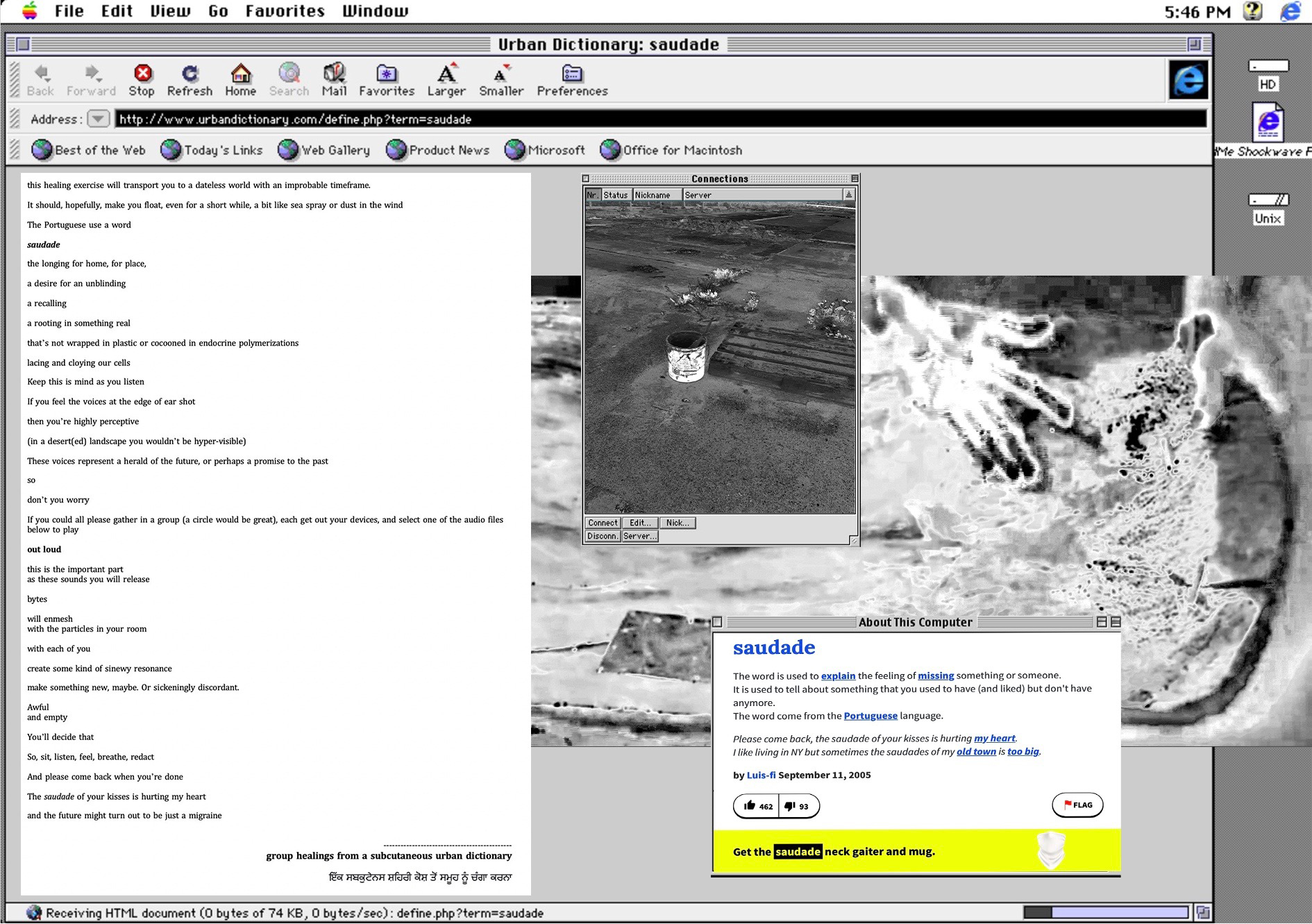 Eleanor Sanghara is a current student at Central Saint Martins, and cross-dimensional artist who uses new media art forms to serve as a healing technology. Through technological mediations of wellness cultures, indigenous memory and diasporic disconnection, her practice occupies the spaces where spirituality and digitality intersect. Having been brought up in both British and Asian communities roots her work in transcultural narratives, whilst she uses the internet and data circulations to identify how intergenerational and colonial traumas exist and propagate in the network. In this way the artistic process is a diagnostic process, bringing wounds to the surface, finding, and restoring balance.

Here, the audience is invited to make these connections between technology and healing. They are asked to use their own devices, each choose an audio track, sit together, and play them aloud as an opportunity to rebalance and reconnect. The ongoing aim is to address cultural and social misalignments, creating a borderless existence between mind-body-spirit-earth-tech for rehabilitative and inner growth. 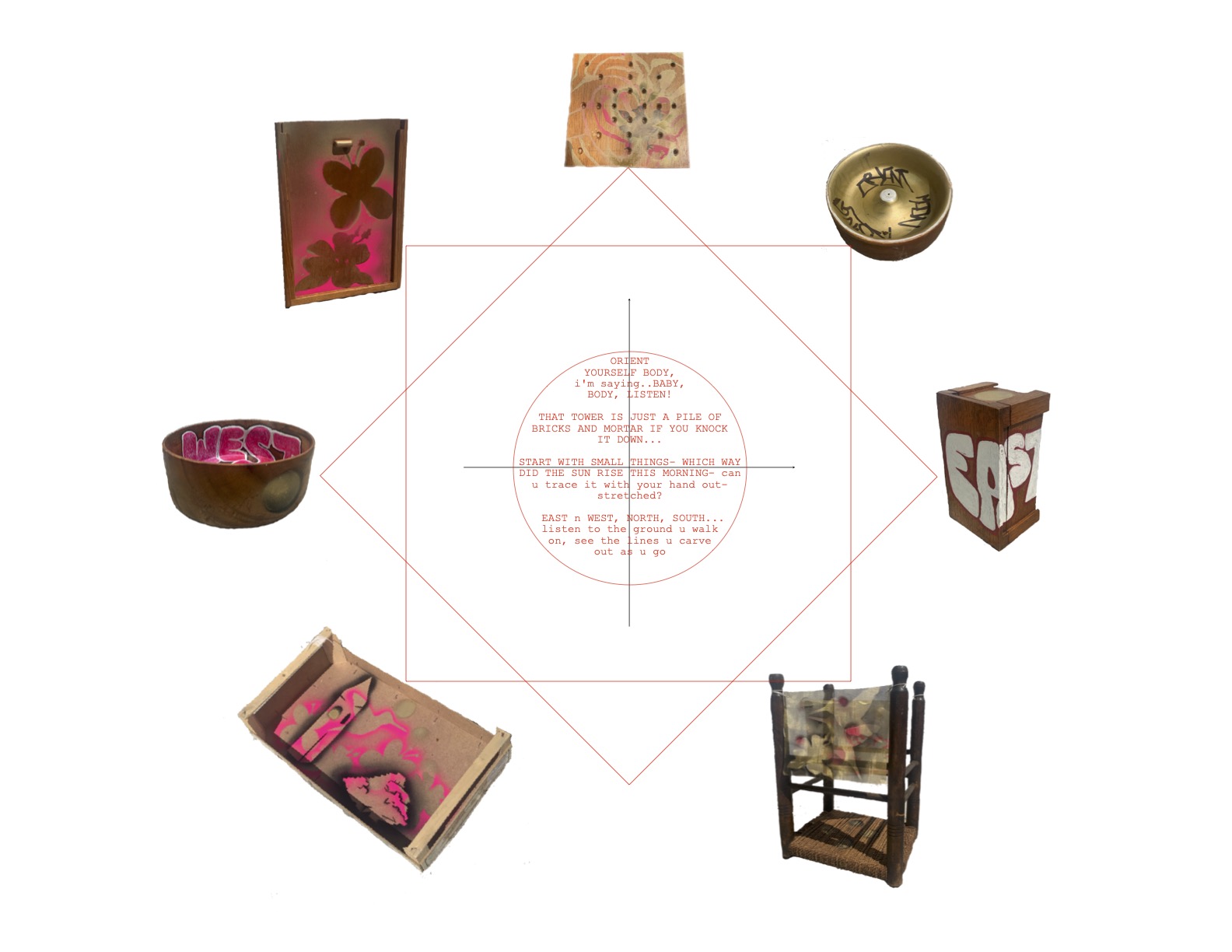 This assemblage of objects rests here in the digital world. They are telling us - 'orient yourself'. They weren't always here though- before, they used to hold fruit in them, they were used for game-playing, and sitting on, and other things that we don't know. And before all of that, they were part of a tree - perhaps its trunk, or its oldest branch. Tagging, graffitiing, is sort of like carving into land - like the objects suggest. Write your sign and you leave a little bit of your body there. That is why they are marked like that, so that we remember the trails that are left by things as they move onwards. 'ORIENT YOURSELF BODY'-

Zuzia O'Donoghue is an artist living and working in London. She is currently attaining her BA in Fine Art at Central Saint Martins. Her practice explores ideas of land and its cultural constructions, agentive sound, and fictionality as a method of theory. 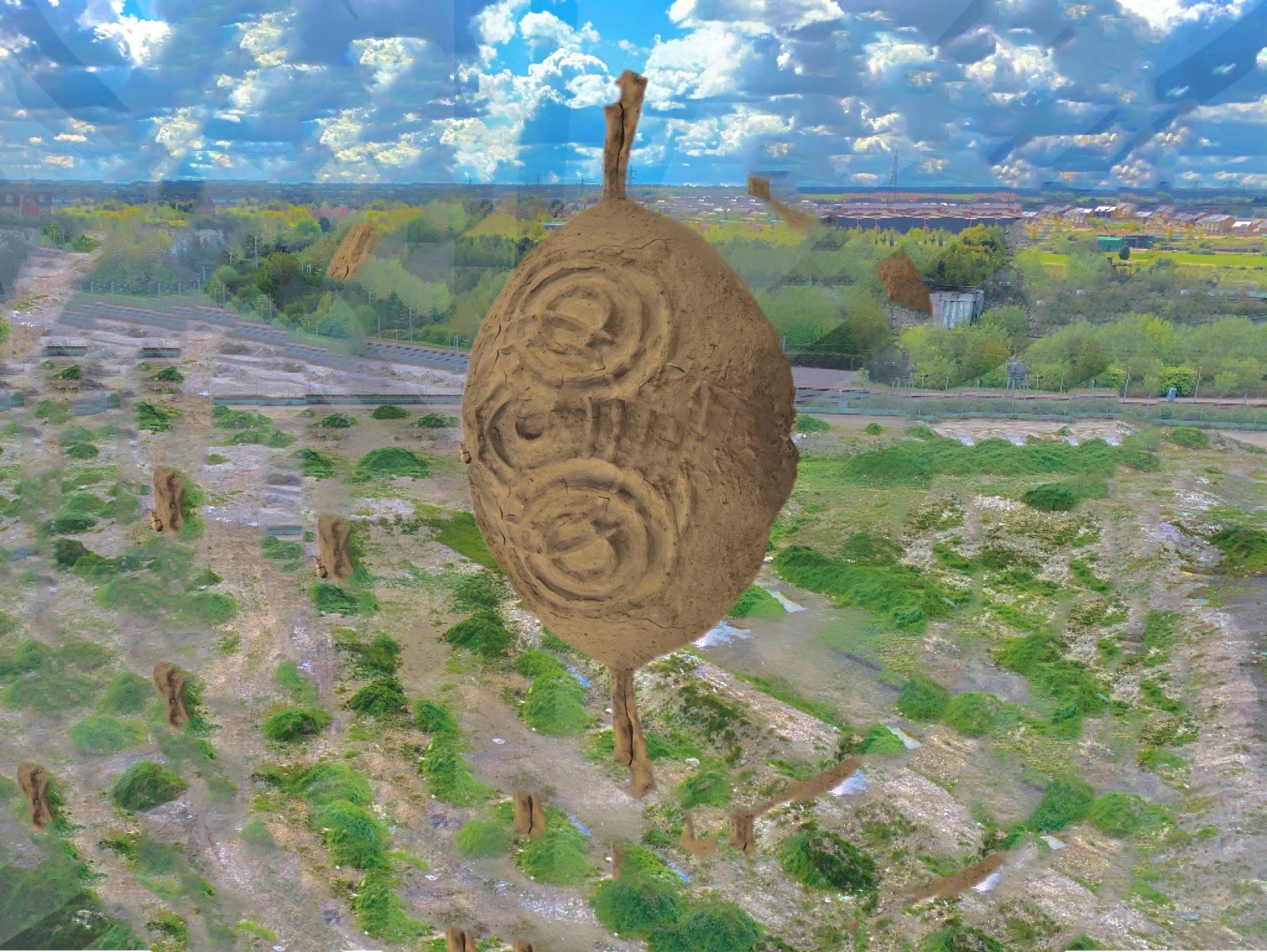 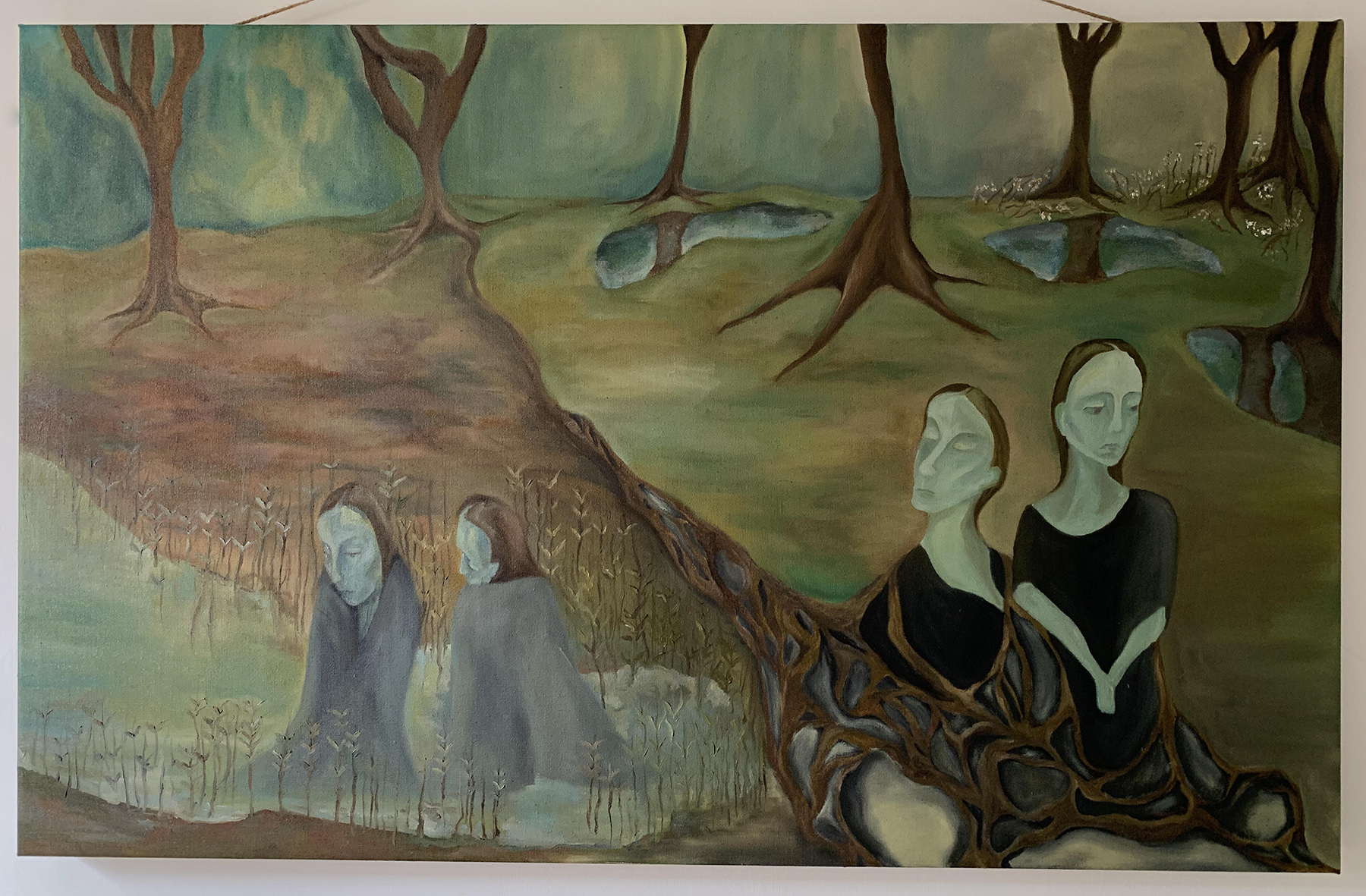 Ruby Lewis’s practice is focused on depicting a personal mythology that explores the changing and surreal landscapes found in dreams, working primarily in painting and drawing. Influenced by folklore surrounding plants and literature, she constructs her own narrative inspired by these fables which evolve into visual portals suggesting access to another realm that can be sighted through seeing stones, the hollow in the bole of a tree and the veiled reality of a dream. Referencing passed experiences of places she had visited as a child and significant encounters recalled from memory. Reinterpreting these to create a bridge between lost meetings and a hidden nature in the mind whilst navigating the changing relationship between the physical and emotional space she inhabits, melding reality with a conjured vision.

This piece specifically, explores the concept of an everlasting journey, one that transcends time and earthly bounds. Four figures are pictured in the composition, painted in a melancholic shade of blue. They are tied to the ground, never to leave. The pair on the right are swallowed by roots emerging from a dark undergrowth of humus. On the lower level, submerged in water are two more figures - surrounded by the bulrushes and leaf rot from the heather. Included is meadowsweet, a flower that's purpose was to induce a sleep like death. This painting holds its breath with the possibility of day and a sign of life from the occupants that might not ever wake.

Ruby Lewis is currently studying a BA in Fine Arts at Central Saint Martins, having started studying multimedia with a bias towards sculpture that was focused on the human memory at Ravensbourne at the age of sixteen. She then progressed to Camberwell, specialising in painting and collage on the foundation course before being accepted to her current line of study. Now at the end of her second year and seeking to find experiences within the industry by taking time to complete another diploma - specialising in professional skills - before completing her final year. 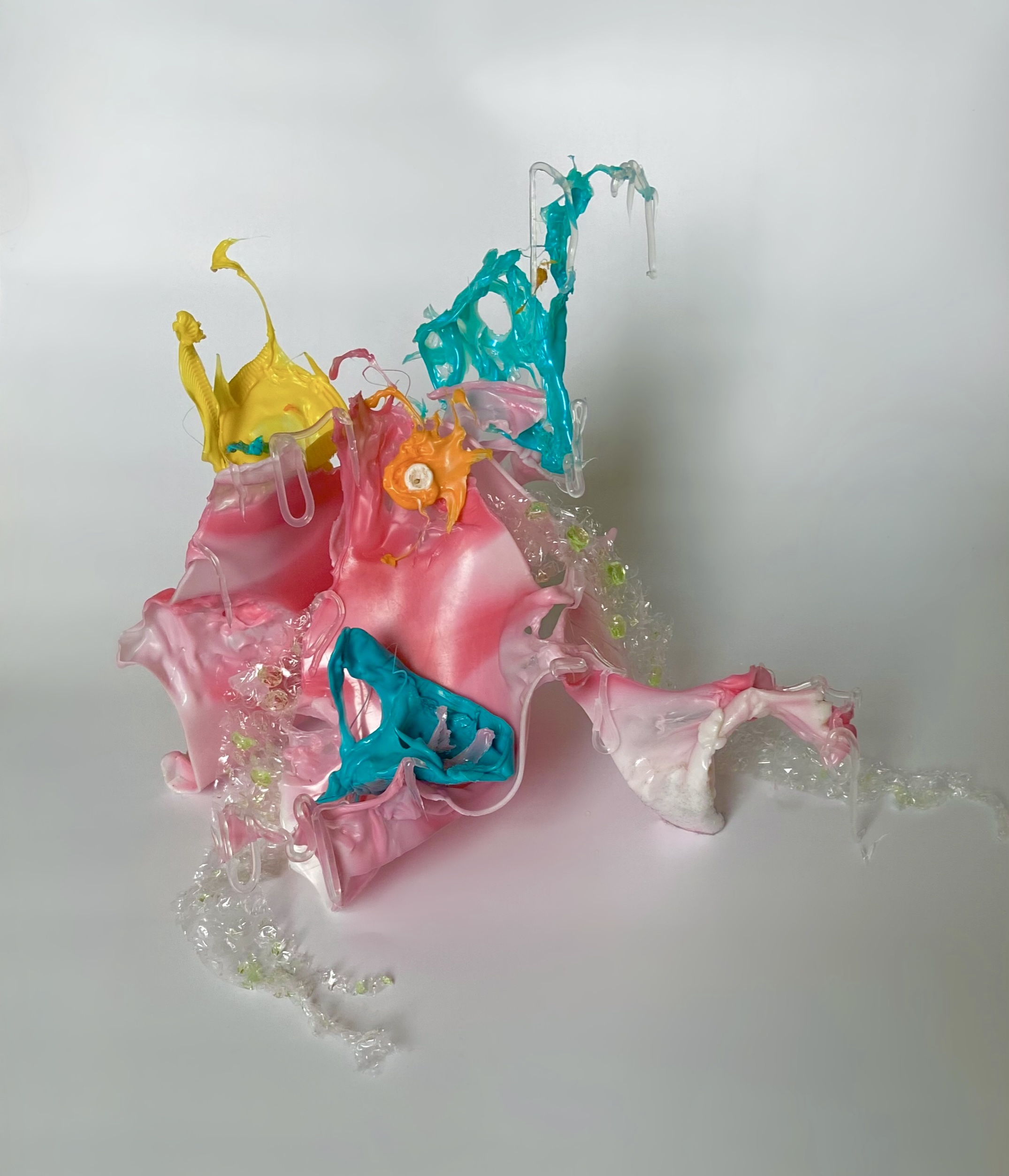 Formed of plastic waste found in Northfleet, Kent, Space Invader is an imagined glimpse into the year of 3021. Where perhaps humans have left the town, moving on to excavate the land elsewhere, leaving creatures such as this to occupy the quarries they created, comprised entirely of the rubbish and belongings that they left behind. 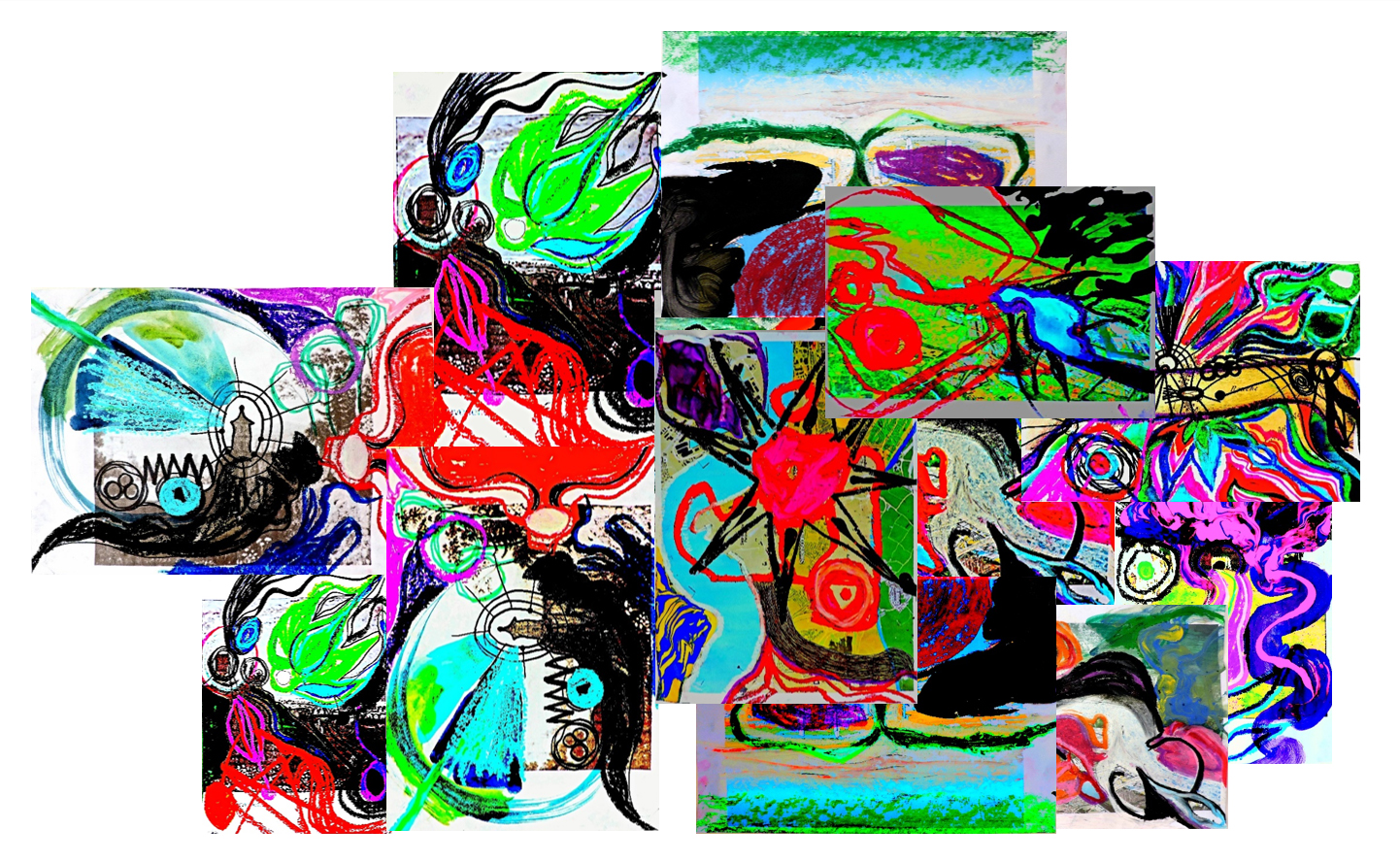 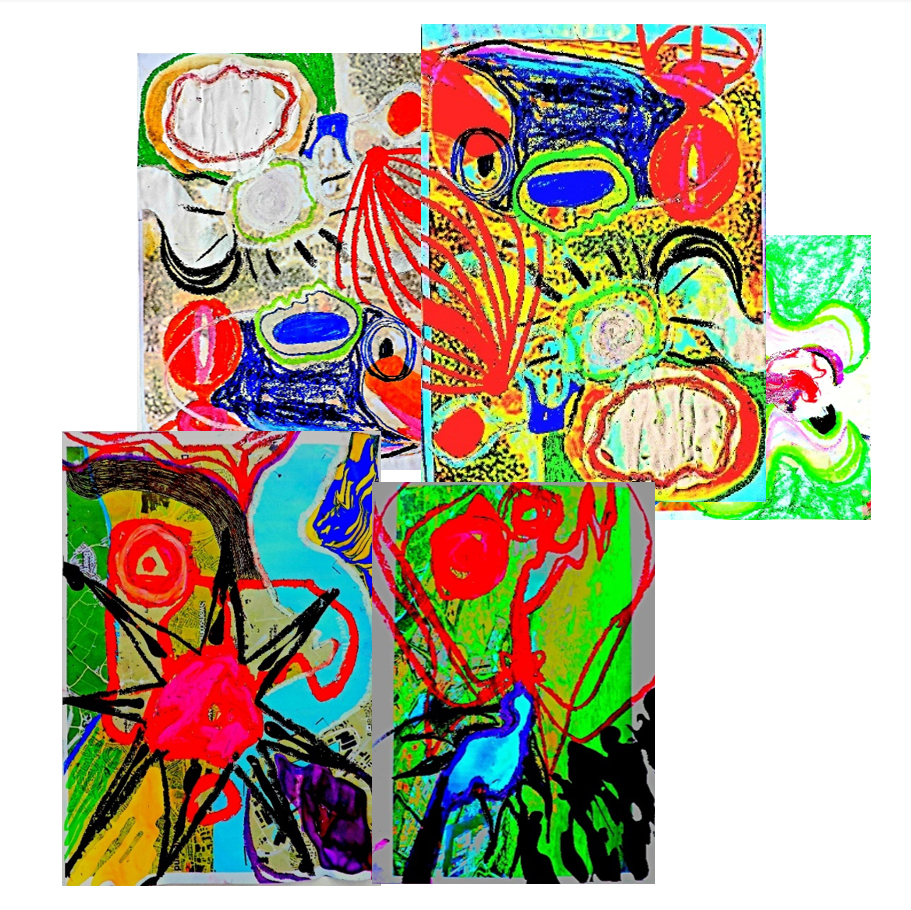 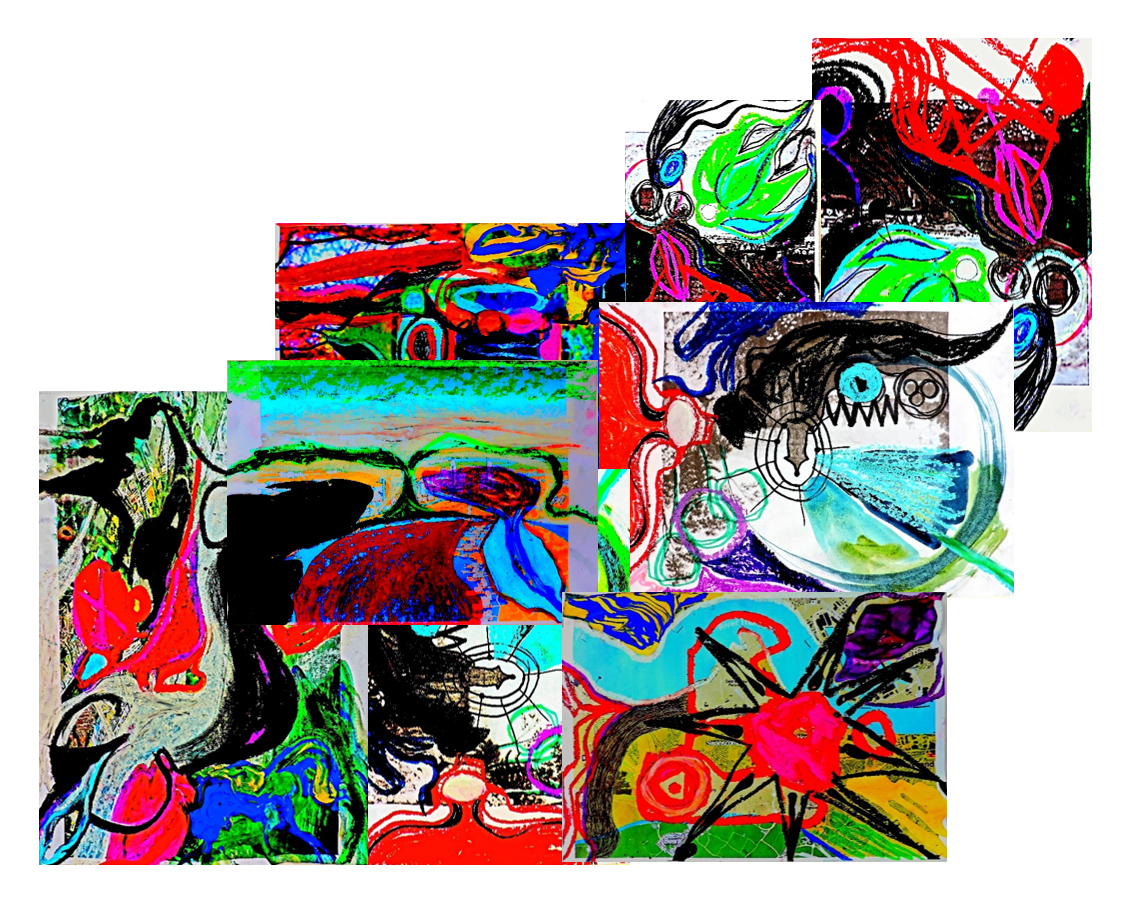 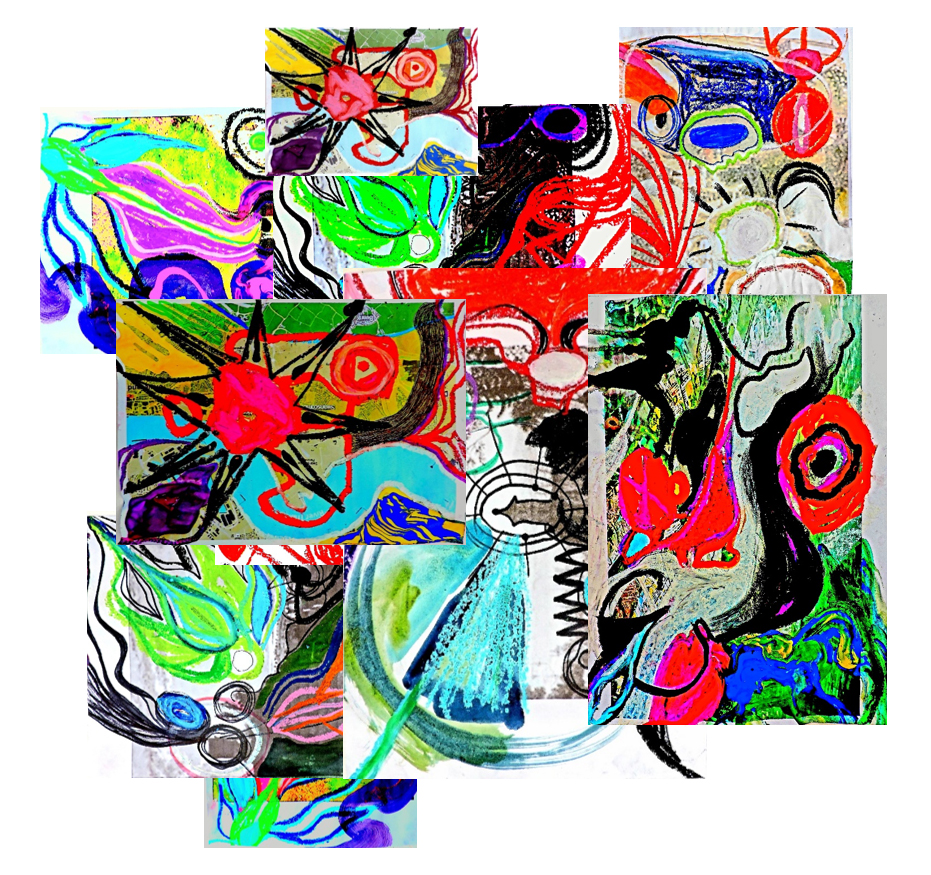 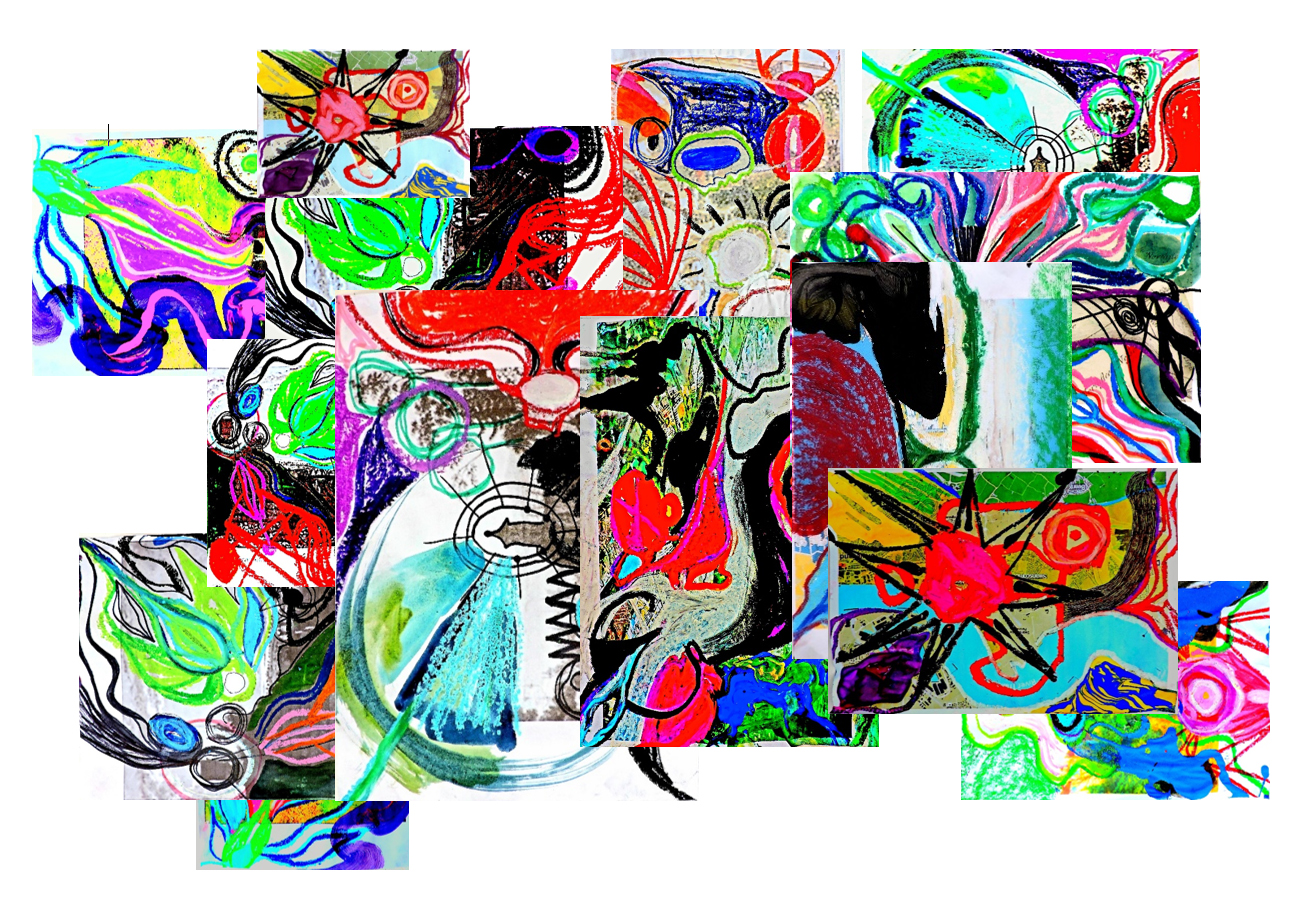 (Title taken from 1974 song by Sparks featured on the album Kimono My House)
Six digital collages made by combining handmade drawings. 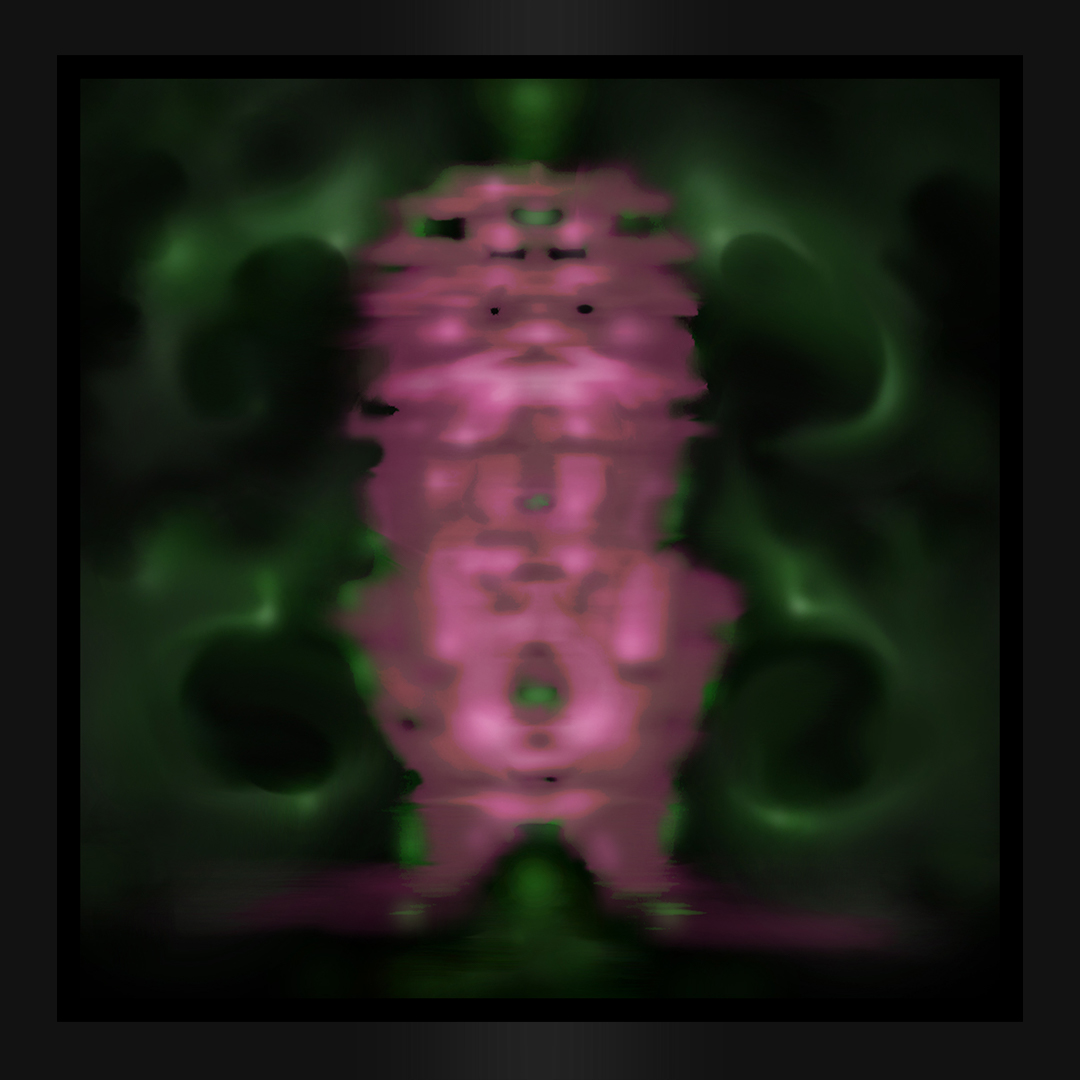 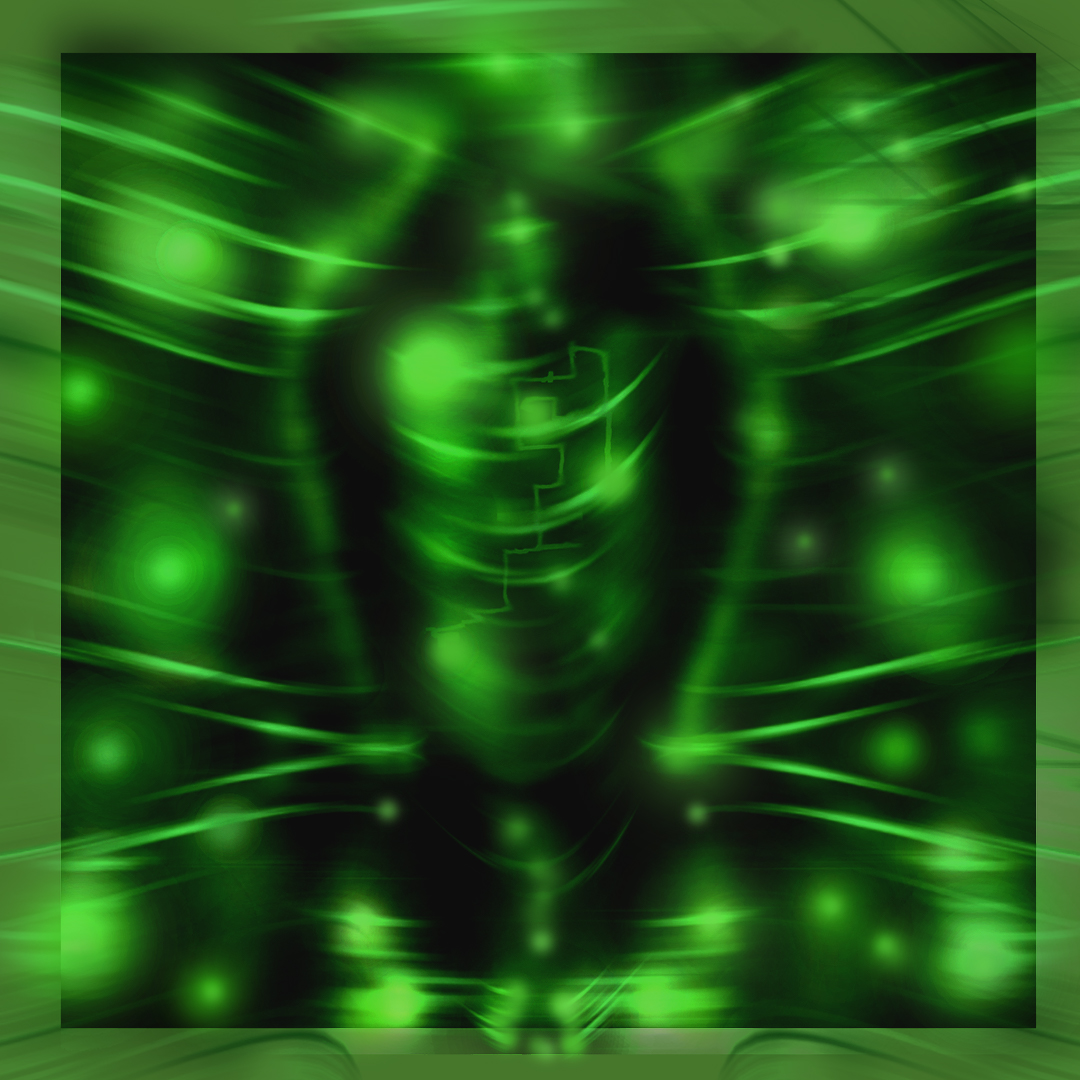 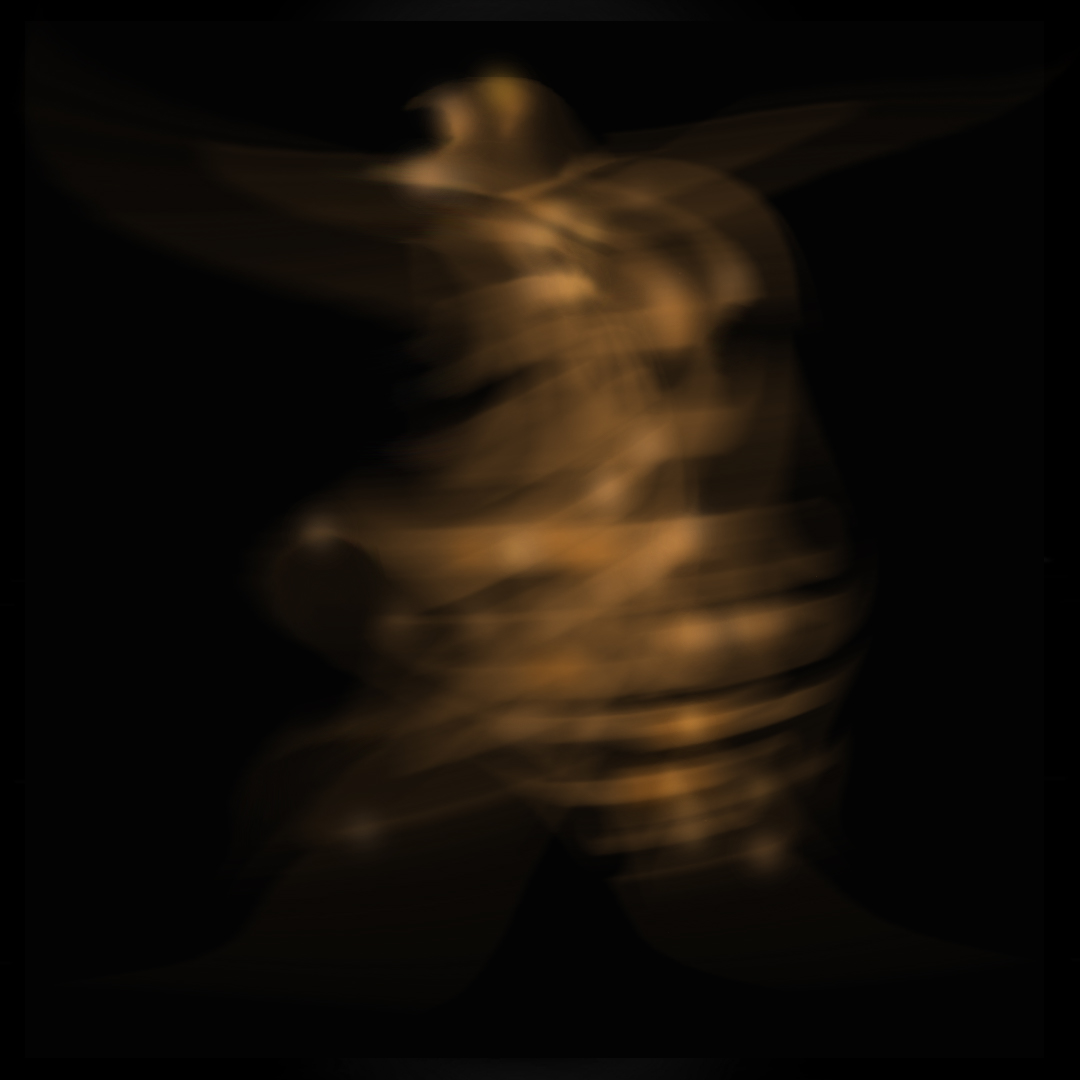 These artworks were based on the experience and feeling of walking through the area of Northfleet explored in The Return of the Fleet Spring Heads. 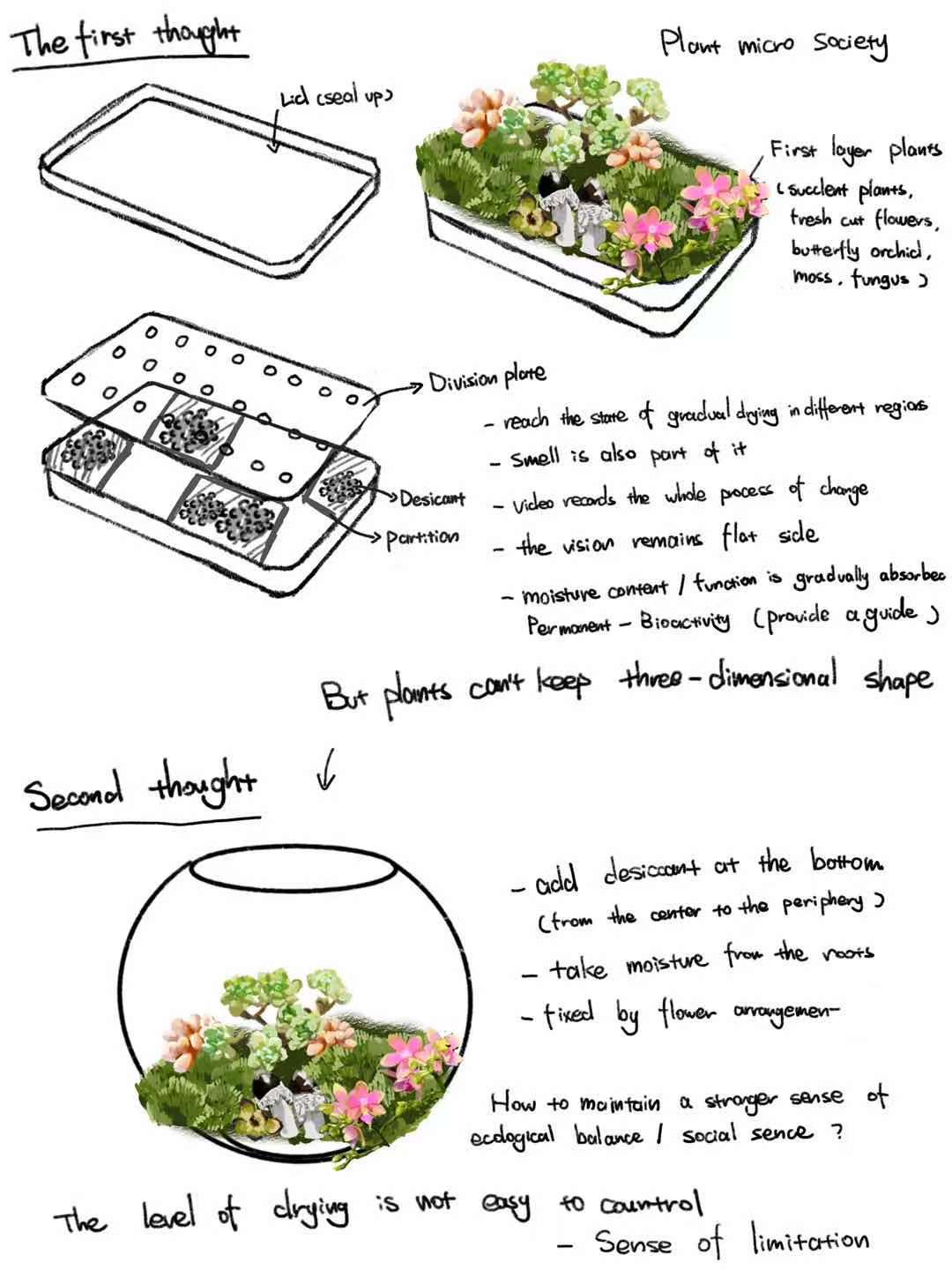 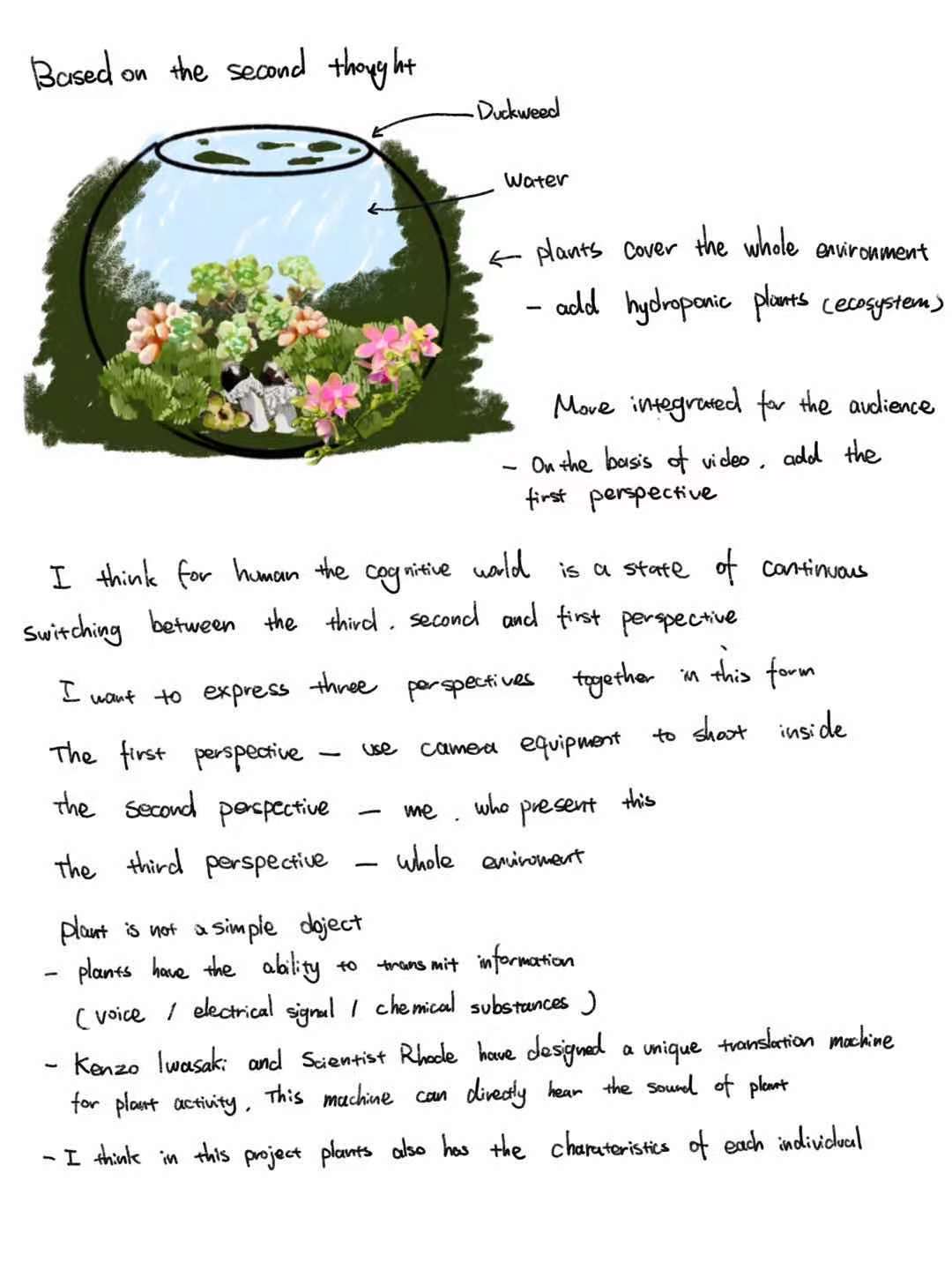