This render is modelled on a fort in Wat Tyler Country Park, on the South Essex Marshes in England. The fort was built during the Second World War as part of a defensive line designed to repel a foreign invasion by water. Such structures were commonly known as pillboxes (after the containers in which chemists supplied tablets during the war). The German army never invaded here and so what remains is an architectural response to a projected future that never came. Wat Tyler Country Park is by the Thames Estuary, where the River Thames meets the North Sea. The area is predicted to be flooded by 2050. “Even if we reach the government’s required target of net zero by 2050, there is likely to be 59% more winter rainfall, and by the end of the 21st century, once-a-century sea level events are expected to become annual events.” - Thames Estuary 2100: 10 Year Review, UK Government Policy Paper, Feb 2021. These past-future scenarios are the basis for soundworks and digital video.

Previous Tremor at the Edge of Vision
Next The Lesnes Hundred 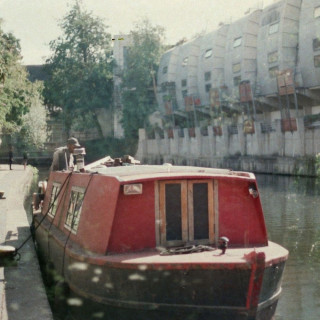 Artist and writer currently living on a narrow boat on Regent’s Canal.