Working across film, sound and performance, Mikhail Karikis’ project adopts the children’s science fiction novel ‘The Iron Woman’ (1993) by the British writer and poet Ted Hughes as an ecofeminist parable of the power of sound to effect physical and socio-political transformation. In this story, a female superhero gifts children with a mysterious power – a noise. Transmitted by touch, this noise resonates with the collective howl of creatures affected by the pollution of the planet. As the children take matters into their own hands, they infiltrate factories and ‘infect’ adults with their demand for immediate action.

Karikis engaged with a group of 7-year-olds from a London Primary School throughout their academic year. Through workshops, experimental pedagogical methods, reading, debating and play, they created a film together which reflects on the environmental themes of the book and imagines the enigmatic noise that assists the protagonists in their protest. Improvising with their voices, on musical instruments and toys, the children conduct cymatic experiments whereby a noise or vocal utterance takes on unique visual forms resembling ever-changing landscapes – the results echo the power of communal noise-making to mobilise change through sound.

In the central video of Karikis’ project, the children gather to debate and they discover a shared sense of justice and responsibility towards the environment, and the urgent need for solidarity with all creatures. The video concludes with the children’s transformation into playful yet monstrous masked agitators confronting the viewer.

While being uncertain about our ecological future, Karikis’ 'No Ordinary Protest' uncovers children’s political voice and activist imagination, where communal listening and noise-making become tools that can ‘move mountains’ and transform our world.

No Ordinary Protest is open every day through Estuary 2021, at St Mary’s Church in Higham.

Previous The Ebbsfleet Elephant
Next In the Mouth of the River: Water, Empire & Rebellion 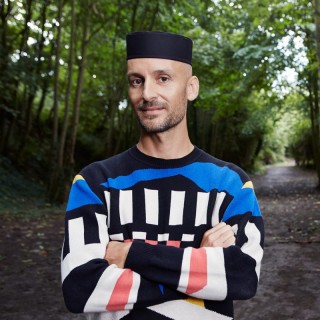 Mikhail Karikis is a Greek/British artist based in London and Lisbon who works with moving image, sound, performance and other media.