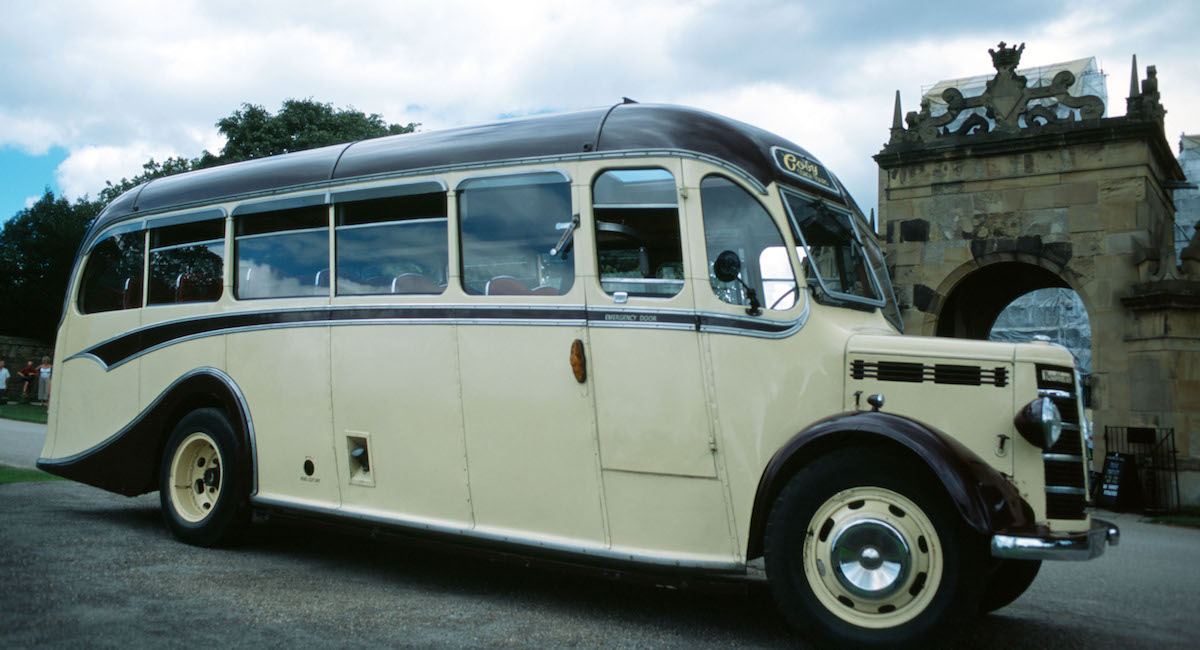 A charabanc is a type of horse drawn vehicle from the 1920s that was typically used for day trip excursions or sight-seeing.  Later, it was adopted to describe the buses that took industrial factory workers from large cities for a ‘works day out’ – usually to the nearest seaside.

Such trips were a regular sight in Southend up in the mid-twentieth century, as day-trippers flocked to witness the illuminations and seaside attractions of the Estuary town.  Our charabanc weekend included all the ingredients of the traditional weekend pleasure trip to the beach, with an added, packed itinerary of exhibition openings, specially commissioned events, artist’s talks, films, public realm installations, artists BBQs, performances and spectacle.
SPECIAL EVENTS

The well loved Greenwich based outdoor arts company Emergency Exit Arts made their own weekend excursion out to Southend, bringing with them the perfect mobile party machine and festival favourite Disco Turtle, accompanied by a troupe of mermaids, an octopus, prawns and fish.

All day workshops, all weekend were open to he public to create accessories for a mass parade (at 4pm Sat / 3pm Sun) led by Disco Turtle at the end of each day - as he headed down to the sea in search of his lost love waiting patiently in Adventure Island.

Where:  Victoria Circus, Southend High Street
When:  11am - 5pm - Party and Parade at 4pm

Where:  Various locations -  Southend High Street
When:  11am - 5pm

To accompany his Focal Point Gallery commission ‘Blue Gloves and Tigers', Jefford Horrigan created a large sculptural stage for Elmer Square. Around this structure, which resembled an enlarged dining room table, a series of performances by different artists took place over this two hour period. To open, Horrigan performed a dance on top of the table, in which he animated household furniture.

The Big Screen in Elmer Square hosted a series of newly commissioned video-performances by Jefford Horrigan that formed part of his Focal Point Gallery commission. Horrigan manipulated and animated domestic objects within interior and exterior space at the suggestion that they become something other. Programme accompanied the live performances at 6pm.

The first solo exhibition by British artist Frances Scott. This ambitious commission develops the artist’s interest in the apparatus of film within a three-part construction in Gallery 1. Here, different vantage points are offered on a new moving image work, filmed on 16mm in Essex and Venice. Developed out of Scott’s research around Derek Jarman’s Plague Street (1972), a drawing she speculates to be one of his set designs for Ken Russell’s The Devils (1971).

Frances Scott lead a tour of her Focal Point Gallery exhibition with Director Joe Hill. Followed by screening of Ken Russell’s The Devils (1971) at Beecroft Gallery.

Part of the Southend Museums Service, Beecroft Art Gallery holds an eclectic collection of paintings and brings together the best of local and historic talent, spanning fine art, film, installation and costume. Opening on Sunday (especially for Southend Charabanc) this is your opportunity to catch a special film screening (in partnership with Focal Point Gallery) and two fantastic curated exhibitions:-

To follow the gallery tour at Focal Point Gallery, a special screening of Ken Russell’s controversial 1971 film The Devils, took place in the Beecroft Art Gallery lecture theatre, a space which was used in the making of Frances Scott's 'CANWEYE {   }'.

A Present from Southend: Memories of a Seaside Holiday: Paintings, posters, photographs and souvenirs from the art and social history collections representing seaside holidays in Southend.

Everyday Fiction by Alison Ballard.
A short story derived from the artist’s time in residence at Chalkwell Hall in 2016, exploring the ambiguities between reality and fiction that we encounter in everyday life. Real events and imagined lives are brought together in a heart-breaking story of loss, grief, and mental illness. Each chapter is geolocated within the park, forging a relationship between the story, the location, and your presence within it. A moving experience with content that some people may find challenging.

Play Southend Now or Never by Idit Nathan and Helen Stratford
Following its popular launch at Village Green in July, a second opportunity to meet the artists who created this playful app that asks you to take a fresh look at the urban furniture we all take for granted. www.playthecitynowornever.com

NetPark is the World’s first Digital Art Park, created by Metal, in association with curator Simon Poulter. Engaging and playful artworks and stories – experienced through an iPad - take you on different journeys around Chalkwell Park.
www.netpark.zone

Wish You Were Here

Ten artist-designed Beach Huts on Southend Pier took audiences on an artist-led, journey through the heyday of the classic Estuary seaside experience to the present day.


Museum of the Thames Estuary – Pop Up


From the Shore and Beyond:  the photographs of Simon Fowler

Views of the estuary photographed at discrete moments over the past decade which capture the varying mood and transient atmosphere of the river from the shore.

An audio poetry project that explores the land- and seascape of Leigh-on-Sea by creating poetry from 19th-century newspaper reports of minor shipwrecks in the estuary. Join Justin on a walk to experience the poetry audio in the sites that inspired the work, with live readings, recordings and new work based on the piece's methods performed on location.

The FTPs and Friends

A diverse group showcasing of artists linked through friendship, shenanigans and a healthy Do It Yourself work ethic.  From local bedroom doodlers to international art thugs.  From the furthest reaches of Europe and Africa, the show promises a lot to look at!

An archive film show, looking at life in the seaside town from 1920’s onwards.  Alongside films by local artists responding to the estuary and surrounding area.

Sophie Harris-Taylor MTWTFSS Chapter 1. 2010-2015
A solo exhibition by Sophie Harris-Taylor, a vulnerable, honest and intimate body of work from the private moments of her photographic diary. A book of the same name, designed by Joseph Carter in the form of a discrete, classic, leather-bound diary with handwritten notes bring to life some of the reminiscences and context surrounding the images.

Soundings from the Estuary: Frank Watson
A collection of photographs taken during a series of walks over a seven year period examining the Thames Estuary.  The images reflect both the maritime and industrial past as well as future effects of global warming on the estuary's topography.  The artist gave a talk about his work at 12noon on Sun 25.

Pop Up Exhibition and Open Studio in the popular, artist-run Leigh-on-Sea gallery and studios, featuring artists interpretations of the Estuary. Open all weekend. Music and drinks throughout the day on Saturday.

Wrecked on the Intertidal Zone: YoHa
An ongoing enquiry into the genealogical, ecological and political complexity of the Thames estuary by YoHa, with Critical Arts Ensemble and Arts Catalyst.

Graveyard of Lost Species: YoHa
One part of YoHa’s Wrecked project has been to create this ambitious collaborative project and public monument. Recorded 'species' from: wildlife, marine creatures, livelihoods, fishing methods, landmarks and local dialect, that once comprised of the Estuary and which are now disappearing have been carved into a local boat wreck, a 40ft 12 ton Thames bawley, reclaimed from the estuary. The final phase of the project saw the Souvenir refloated back to the marsh in July this year.

For details of Where to Stay and Where to Eat in Southend – www.visitsouthend.co.uk.

By Road
A13 or A127 into Southend. Parking available on Southend Seafront (with charge) 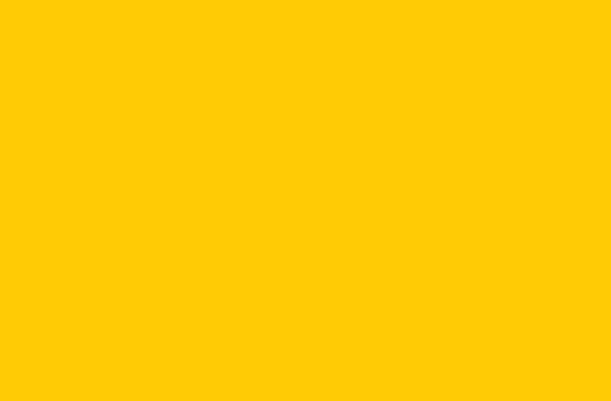 Visual artist. Born 1961 in Southern England, currently based in London. 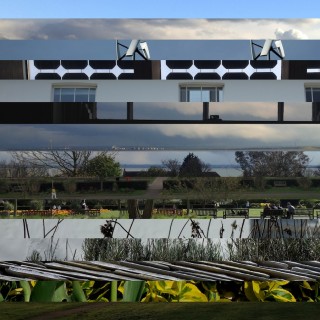 Alison Ballard examines our relationships to objects, places, and , through a range of mediums including film, installation, audio, and performance.
TRAILER 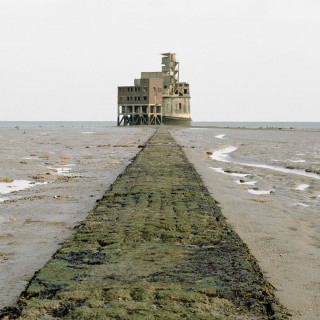 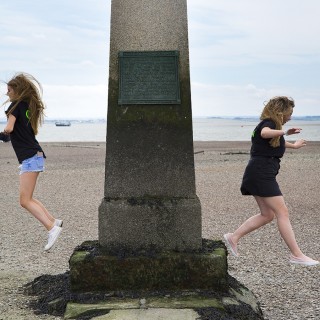 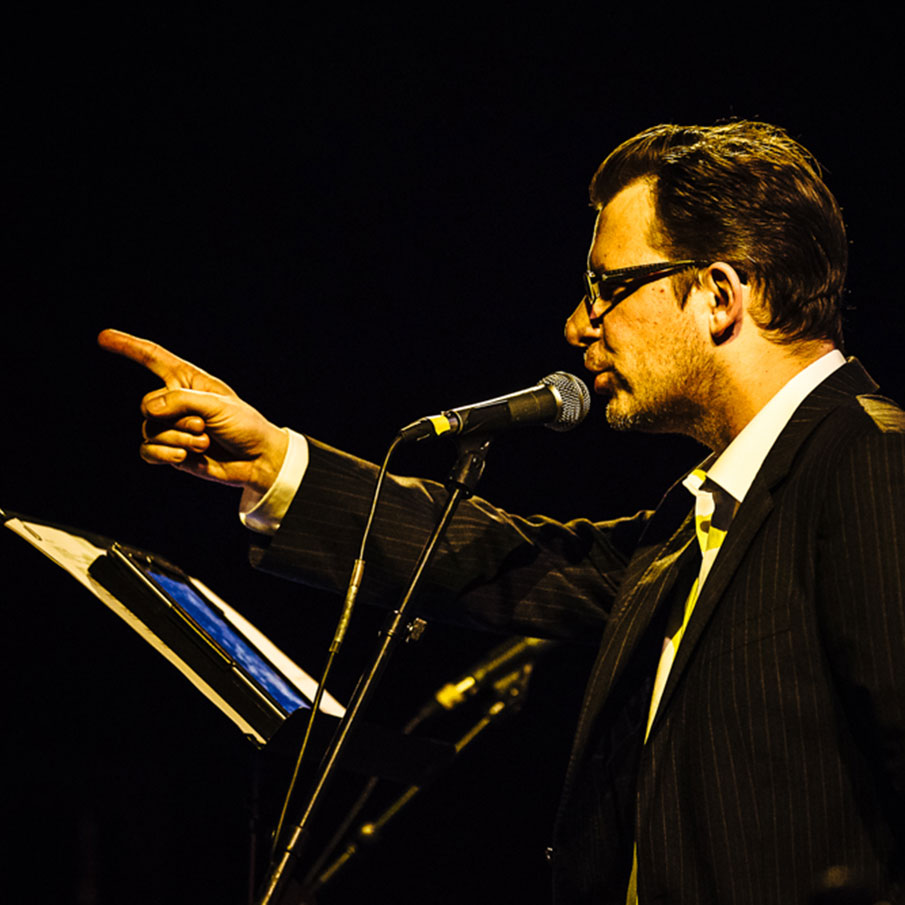 Niall Finneran is an archaeologist at the University of Winchester where he specialises in historical and maritime archaeology in the UK and the Caribbean. 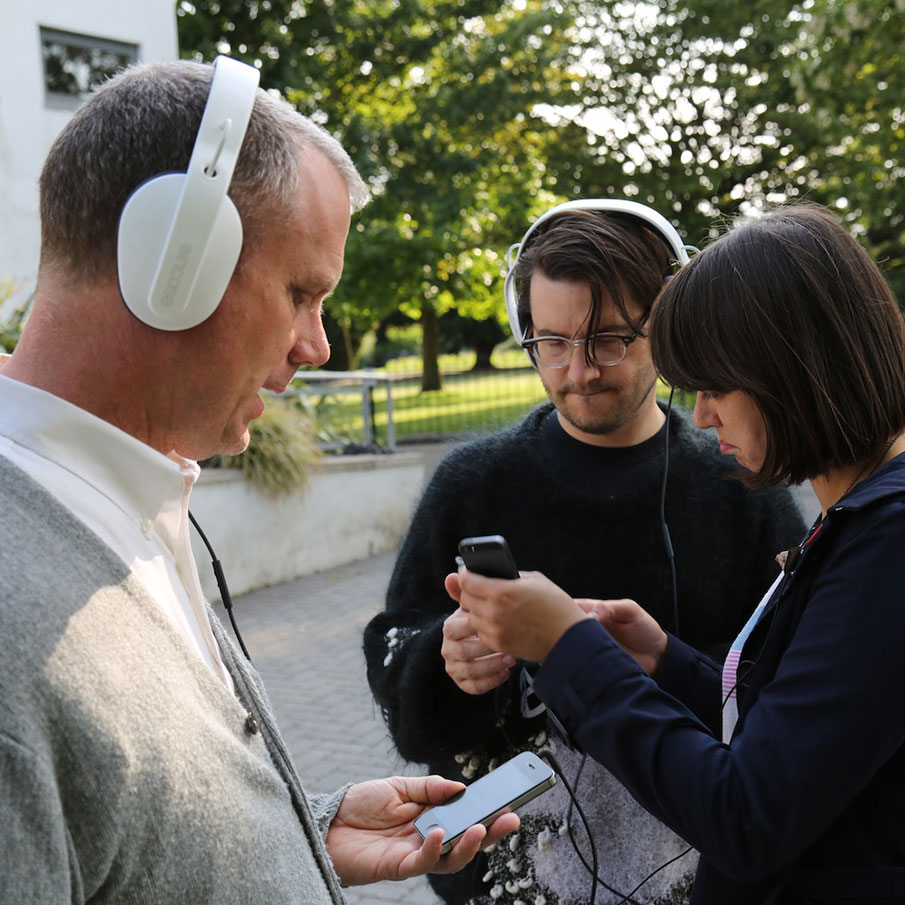 Exhibition of artworks by historically renowned artists associated with Outsider Art and contemporary artists who see themselves as facing barriers to the art world for reasons including health, disability, social circumstance or isolation. 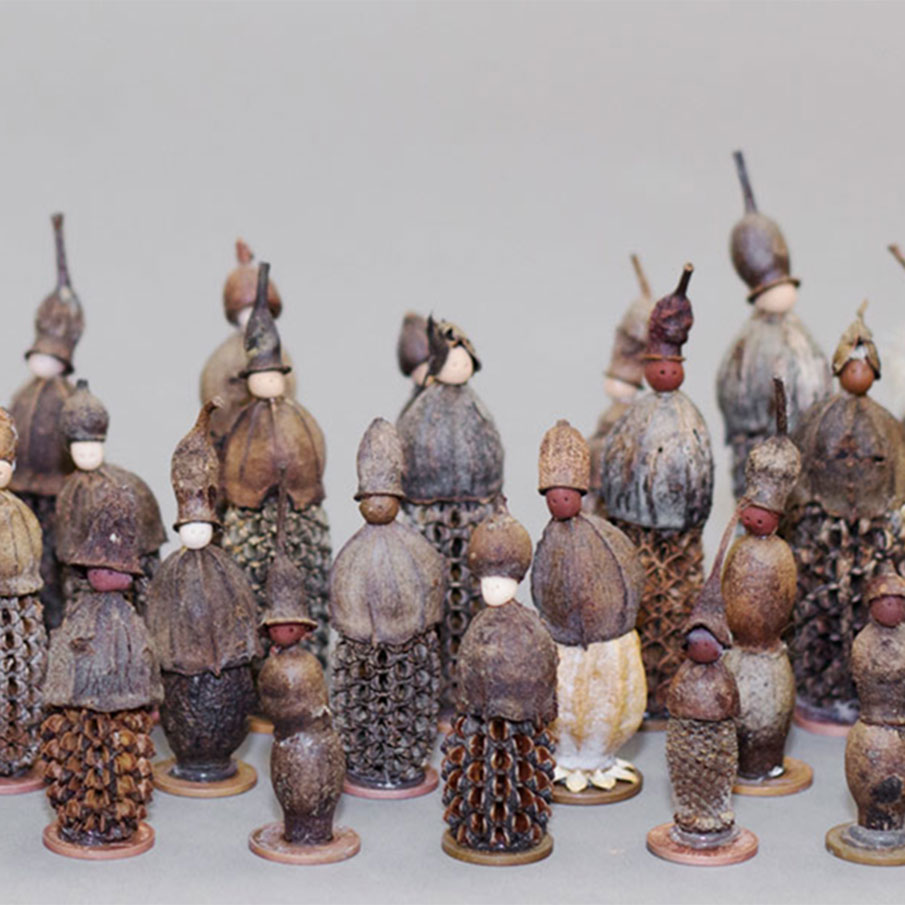 Working across sound, installation, moving image, text and live performance, Buckeridge leads us into unstable territory that is usually hidden from view or beyond sensory experience. 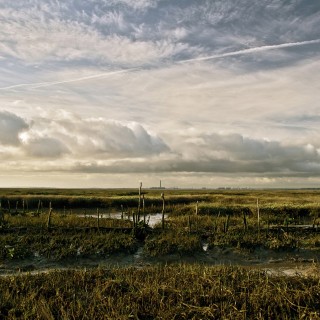 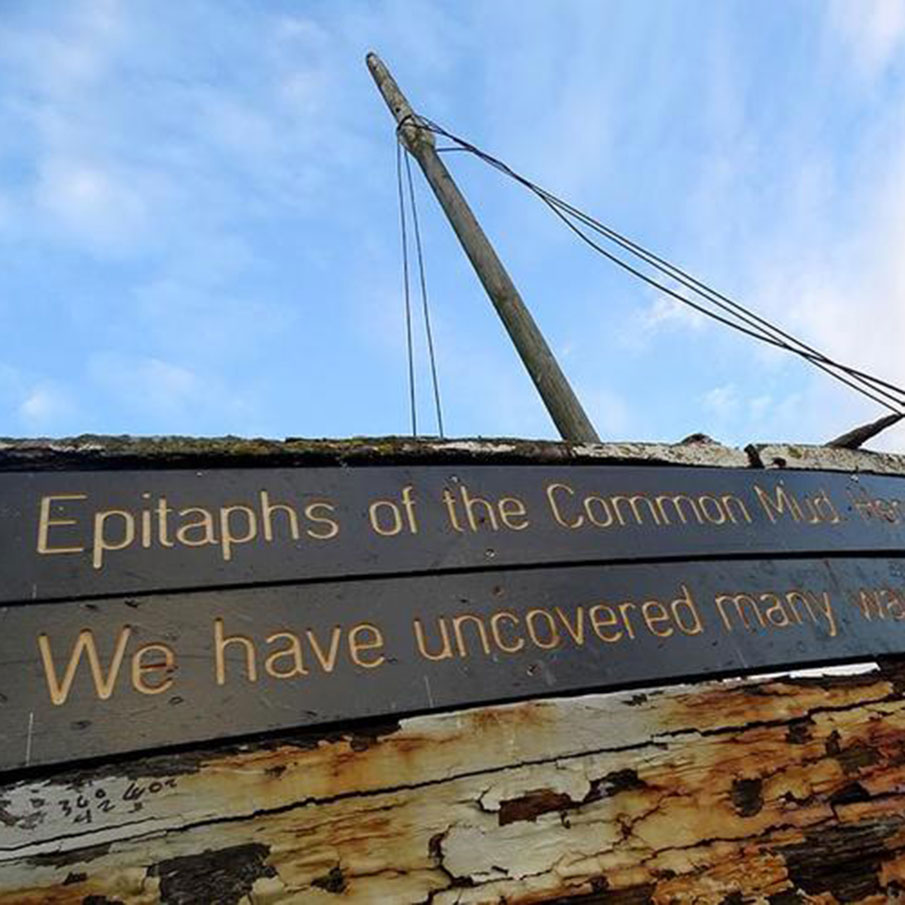 Jane Dolby is the founder of The Fishwives Choir and author of Song Of The Sea (published Orion Books 2015).